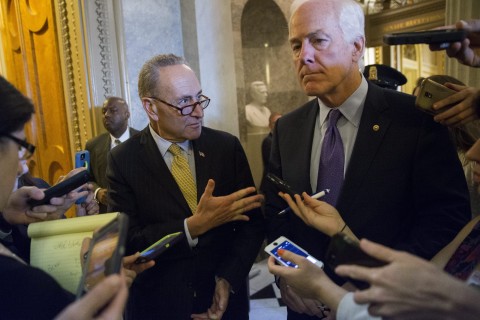 On Wednesday, Congress overrode President Obama’s veto of the Justice Against Sponsors of Terrorism Act (JUSTA), the first veto override of Obama’s presidency. The vote in the Senate was 97-1 in favor (with only retiring Minority Leader Harry Reid voting against it) and 348-77 in favor in the House, well surpassing the ⅔ votes needed. JUSTA permits the families of 9/11 victims to sue the Saudi Arabian government as state sponsors of terrorism. Fifteen of the nineteen attackers had Saudi citizenship, though a 2002 congressional inquiry, part of which was released this July, found no evidence that the government or any high-ranking government officials funded Al-Qaeda.

After the override, Obama reiterated his strong opposition to the bill, stating that he understood the vote, but wished that Congress had looked past the political ramifications of voting against 9/11 victims during an election year, as “it would have been the right thing to do.” In his veto message, Obama originally stated that he sympathized with the victims’ families and their need for justice, but that the bill “would be detrimental to national interests” as it could lead to lawsuits against the US government and its proxies while hurting the US financially. Other countries may pass similar laws now that the US has passed one. He also argued it would take away the executive branch’s power to make national security decisions and put it in the hands of courts, who may have differing verdicts. This could lead to many problems for US allies, especially if courts are retroactively permitted to designate state sponsors of terrorism.

Soon after the vote, almost thirty Democratic Senators sent a letter to the bill’s sponsors saying they also were concerned that the US could face lawsuits in other countries. Both Speaker Paul Ryan (R-WI) and Senate Majority Leader Mitch McConnell previously spoke out about the bill and expressed their concern after the override, blaming the administration for not explaining the “potential consequences” of the bill and that it needs to “fixed”. White House Press Secretary Josh Earnest termed McConnell’s and Ryan’s comments “buyer’s remorse.”

Congress is adjourned until after the election, but there could be hope during the lame duck session. One amendment proposed by Senators Lindsey Graham (R-SC) and Bob Corker (R-TN)  would “prevent American interference in foreign countries’ internal policies and vice versa”. The bill was already amended earlier this year to allow the US Attorney General to obtain a stay in any cases where the Saudi government is open to discussions, so there could be a possibility for another amendment. The Saudi government’s powerful US business allies will likely lobby for these amendments, as it could impact their holdings in Saudi Arabia. These companies include General Electric, Dow Chemical, Boeing, and Chevron along with ten US lobbying firms, including four hired by Saudi Arabia in the last week.

In the past, Saudi Arabia has stated that there would likely be consequences if the bill was passed. Saudi Foreign Minister Adel al-Jubeir said that Saudi Arabia would sell off the billions of US assets they own so that they could not be used in a judgment against them. Saudi Arabia condemned the bill once again after it passed, but did not further elaborate on any actions it would take.

In terms of the bill’s details, JUSTA is an amendment to the 1976 Foreign Sovereign Immunities Act, which states the conditions or “the exceptions” under which foreign states can be sued in US courts. Saudi Arabia was not named as a state sponsor of terrorism when 9/11 occurred, which was a requirement before a country could be sued prior to the passage of the bill. Previously, Saudi Arabia successfully invoked the act to stop 9/11 lawsuits against it in 2008 on these grounds. Under JUSTA, this justification does not work anymore.

Thus far, there have been few exceptions accepted by US courts. One exception is the commercial exception where companies and bondholders, not individuals, have sued foreign governments. There is a precedent for cases like the one against Saudi Arabia. Iran was ordered to pay over $7 billion in damages to victims of the 1993 marine barracks bombing in Beirut carried out by Hezbollah, whom they materially supported. The Republic of Sudan was also ordered to pay $7 million for the 2000 U.S.S. Cole bombing carried out by Al-Qaeda. However, both were designated as state sponsors of terrorism at the time of the attacks.

President Obama does not take vetoing a bill lightly. In fact, he and President George W. Bush are tied for the least number of vetoes in the last almost 100 years. This makes it all the more notable that JUSTA, which pleases many 9/11 victims’ families while also impacting sovereign immunity and foreign policy, became law over his objections.

Published in The Review and United States