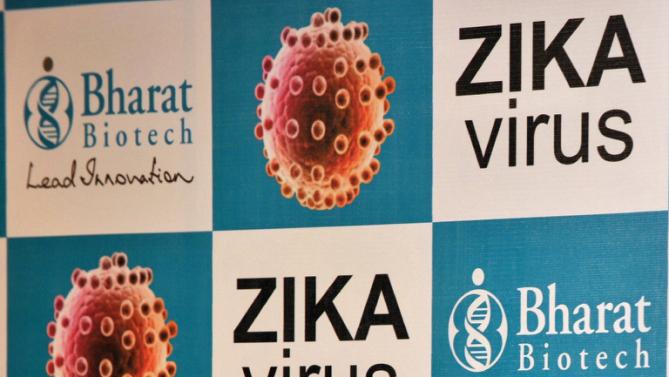 Open any news website and you’ll come face-to-face with heartbroken Brazilian parents cradling a doleful infant with microcephaly, a condition in which people are born with abnormally small heads. Next to that are the statistics: Brazil has a conservative estimate of 500,000 to 1.5 million cases of the Zika virus, which has now spread to 32 countries and territories. These images and numbers have sown fear in the international community.

Contrary to what the surge in media attention would have you presume, the Zika virus was not introduced to the human race in 2015. In fact, it was first discovered in a rhesus monkey in Uganda’s Zika tropical forest in 1947. Since then, the virus has infected small pockets of the globe, from Africa, India, and Southeast Asia between the 50’s and 80’s, to the Pacific Islands in 2013 and 14. These cases did not spark international alarm because, until the Pacific Islands outbreak, there was scant evidence that Zika could spread swiftly through the human population. Also, victims often did not exhibit any symptoms, or if they did, they were too similar to other mosquito-borne viruses to declare as Zika cases. The typical symptoms were a rash and high fever, and were not usually fatal.

As scientists race to discover the connection between Zika and microcephaly, one biotech firm in India has been developing two Zika vaccines since November 2014, several months before the first cases were reported in Brazil in April 2015.

Zika piqued the interest of Bharat Biotech, a private pharmaceutical company based in Hyderabad, because it had been developing vaccines for dengue and chikungunya, which affect many Indians. Notably, the clinical features of early-stage Zika are indistinguishable from these two other mosquito-borne viruses. Given that in 2007, Bharat was the first company to map the chikungunya genome, it felt confident that it could take on Zika also.

Bharat has developed two medications for Zika, described as “leads” rather than full vaccines in the words of Soumya Swaminathan, the Director General of the Indian Council of Medical Research (ICMR), which has already established an expert panel to determine how well the vaccines will work.

Bharat is testing two types of vaccines. The first is known as “recombinant”: it inserts pieces of DNA from the Zika virus into the patient’s bloodstream. The second is known as “inactivated”, which means that the virus cannot replicate inside the body and spread infection. Both types of vaccines are designed to produce an adequate immune response against the virus.

These vaccines are now in pre-clinical testing before animal trials, which are expected to take about five months, before a follow-up set of human trials. Then, it needs to pass Indian regulatory authorities’ approval. These stages could take many years, but once on the market, Bharat Biotech projects that it can produce millions of doses within months.

Even if Bharat’s vaccines jump successfully through the regulatory hoops, it still may not be able to immunize the population more quickly than the Aedes aegypti mosquito can transmit the disease. The Aedes has been called a heat-driven missile of disease and the “dog” of the mosquito world because it has adapted so well to living with humans. It spreads yellow fever, dengue, chikungunya, and Zika very rapidly because it takes small meals from multiple human hosts per meal before it becomes full. Then, as the blood is absorbed, the mosquito’s digestive system reproduces the virus. In fact, not only the Aedes’ feeding habits but also its biology is made to transmit the virus to many more people. Even though its flight distance is only about a quarter mile, because it tends to stay in cities, the higher population density assures that the Aedes is a “missile of disease”.

Bharat is not the only player in the medical field that is trying to push a Zika vaccine. The nonprofit Butantan Institute in São Paulo, Brazil has an industrial-scale manufacturing plant that can produce tens of millions of vaccination doses for Brazil. It is testing a weakened but live vaccine, which they believe is more effective than inserting a dead virus into the bloodstream. Building off dengue vaccine research done at the U.S. National Institute of Allergy and Infectious Diseases (NIAID), Butantan may now partner with NIAID to create the vaccine. In the same way that researchers deleted genes from the dengue virus so the vaccine’s virus could copy itself but not cause disease inside the host, the same “deletion” method could be used to safely introduce Zika in the form of a vaccine.

Other small medical companies across the U.S. are also trying innovative vaccine designs for Zika. However, a small non-profit may not be the most plausible option for getting a vaccine approved through large-scale trials and then shipping out millions of doses. French company Sanofi Pasteur, one of the top ten big pharma and vaccine companies, has launched a Zika program and therefore may be one of the realistic candidates to get a drug widely approved.

While Bharat has the advantage of an early start on developing a Zika vaccine, it may face challenges from the international medical community regarding the rigor of its trial design and quality control. Indian drug companies have come under suspicion from the Food and Drug Administration (FDA) in the past. As of September 2015, the FDA had issued 42 alerts for Indian drug companies, the most “import alerts” for any country. Such alerts recommend that drug products from these companies be detained without needing a physical inspection of the drugs. The common issues Indian drug manufacturers are criticized for include product contamination, sub-par quality systems implementation, shoddy data integrity, and unvalidated manufacturing or testing processes.

Even Krishna Ella, the managing director of Bharat, agreed that Indian drug companies face multiple problems when inspected by global regulators. When asked to respond to a recent Ernst & Young survey on the Indian pharmaceutical industry, which revealed that poor record-keeping, absence of data reviews and severe work pressures to achieve key performance indicators, Ella admitted that Indian pharma’s data integrity was a major problem.

As its labs race to develop a vaccine, Bharat hopefully will not compromise the structural integrity of the drug and its trials in the pursuit of a deliverable product. In the meantime, you can be sure that Aedes aegypti will continue sowing chaos in countries around the world.

Lilac Peterson is a writer for BPR's Opinion section. She is a junior double majoring in Economics and Chinese, and minoring in Public Policy. She enjoys cooking fusion cuisine, watching Netflix original shows, and running.