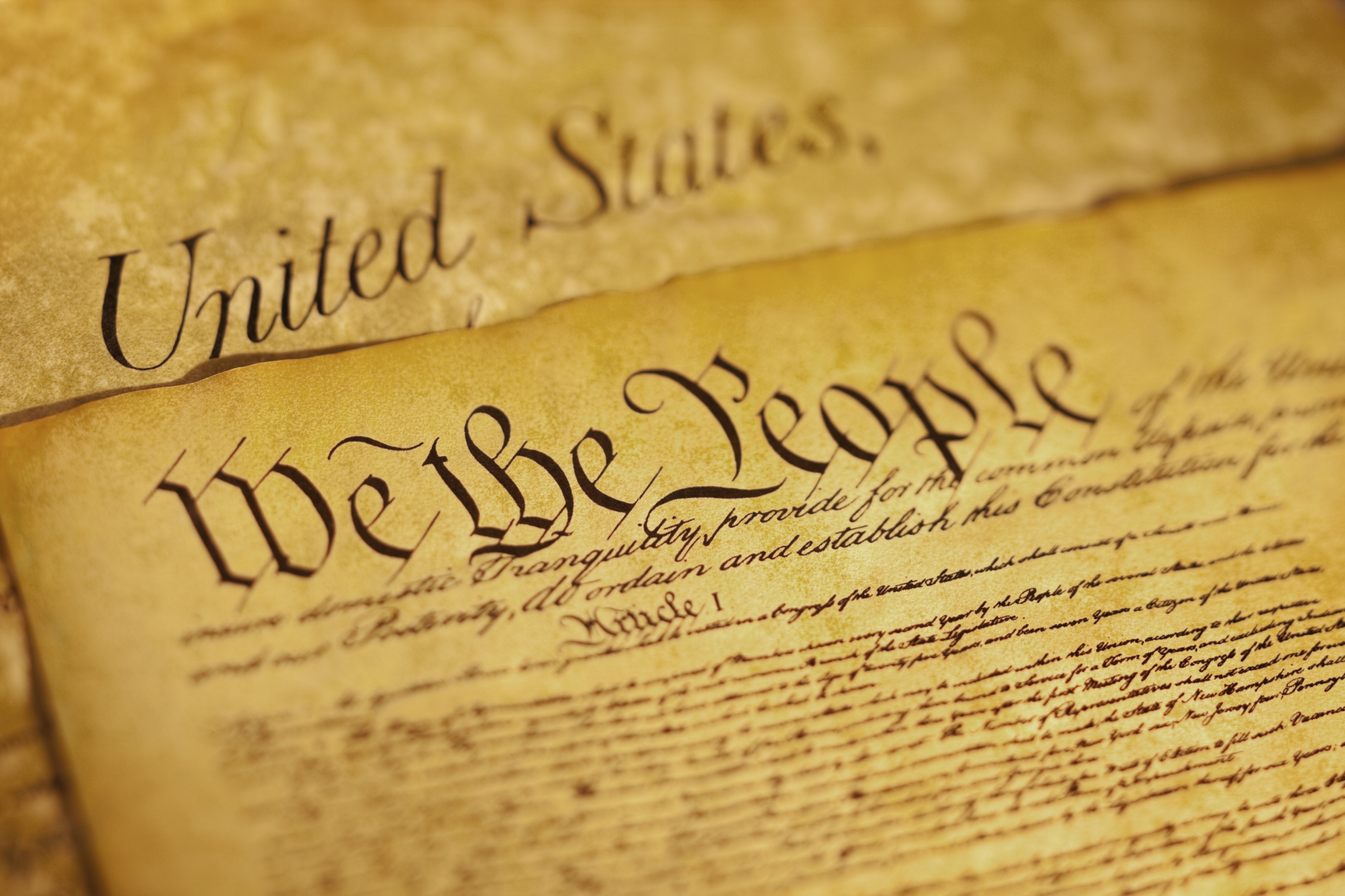 Renewing and Rewriting Our Vows to the Constitution

America loves the Constitution. The centuries old parchment captivates the reverence of every demographic: from Democrats to Republicans and Socialists to Tea-Partiers. Newly naturalized citizens and members of our highest offices alike swear allegiance to the document; junior high students memorize its beloved framers and many amendments. Iconic phrases such as “We the People” create a seemingly divine aura around the document—one could be forgiven for mistaking it for Scripture.

Somewhat paradoxically, however, the Constitution’s use and application is highly contentious. Gay marriage, gun control and healthcare rile up conservatives and liberals alike, convinced that only their interpretation is constitutionally sound. Advocates of gun control argue for interpretations of the Second Amendment that wouldn’t rule out handgun bans, while others justify denial of service to gays and lesbians in the name of freedom of religion.

But that’s the crux of the problem. We have the ability to modify a document that we want to believe has preordained “natural” rights and truths. It’s telling when the Second Amendment is evoked against any gun control measure. It implies that there’s something binding and divine about it. But that can’t be the case if the Constitution can be amended. Either the gun control measure is just, which means modifying the Constitution to allow it would be necessary or it’s simply unjust; the document ought have no force in the decision.

Rather than perform this objective comparison, we defer to a document written hundreds of years ago. Georgetown Law Professor Louis Seidman shares the sentiment of incredulity about the invocation of Constitutionality—“a group of white propertied men who have been dead for two centuries, knew nothing of our present situation, acted illegally under existing law and thought it was fine to own slaves” shouldn’t dictate what constitutes a just law.

If the Constitution was merely a beloved relic of years past perhaps it could be tolerable. Unfortunately, this isn’t the case. The Constitution codifies the prejudices and dogmas of past generations, making it an impediment to progress. This has prolonged institutional violence against groups like the queer and African-American community; whether through explicit prejudice or implicitly vis-à-vis the omission of rights, the document’s unquestioned principles facilitate the suffering of those unconsidered by its illustrious framers. It’s minute phrases like “natural born citizen” that deny millions of American children the dream of ever becoming President. Our belief in the wisdom of the founding fathers means that the U.S. could never consider a President Albright or Kissinger. To deny the Constitution’s role in institutionalizing prejudice would be to ignore history—the Supreme Court case Dred Scott v. Sandford ruled that black men had no Constitutional right to citizenship while Korematsu v. United States declared that the Constitution didn’t protect the Japanese in internment camps. Sure, we might have edited away parts that seem overtly wrong, but if one accepts that the Constitution’s flawed and subject to our discretion, then why defer to it in the first place? The danger is not hypothetical. American history is rife of instances when deferring to the Constitution legitimized oppression which would later be repudiated. One might with some validity retort that the Constitution can also protect the marginalized from the majority—this is true. However, individual rights are valuable independent of whether they are enumerated in the Constitution. In addition, in those cases the the oppressor could amend or just ignore the Constitution as President Andrew Jackson did to perpetrate the Trail of Tears.

Moreover, a dogmatic orientation towards the Constitution leads to unfounded and ideologically driven interpretations that raise the divisiveness of legal discourse. It creates a system where the descriptive job of a Court, to interpret and apply the law, becomes prescriptive and tenuous because the document simply does not apply. This is problematic because the discussion moves from “what does the Constitution say?” to “what did the framers intend?” The late Supreme Court Justice Scalia argued that “the problem with a living Constitution in a word is that somebody has to decide how it grows and when it is that new rights are—you know—come forth. And that’s an enormous responsibility in a democracy to place upon nine lawyers…” This seems to be true; the courts currently add a level of subjectivity and prescription not warranted by their job. However, this problem is a byproduct of America’s love affair with the Constitution and not the fault of activist judges. The courts do what they can to modernize a document that America has refused to renew and reformulate its vows to. The result is a battle ideologies of who is more Constitutional. This is harmful since comparisons of Constitutionality make the lesser of two sides not just wrong, but fundamentally “un-American.” One only needs to see conservatives’ and liberals’ polar responses to the recent passing of Supreme Court Antonin Scalia to confirm—apparently one can be both an angel and the devil because of their reading of a document.

Another candidate interpretation of the Constitution is that the hard-to-amend document is meant as an anchor to the fast-changing country that is the United States. Congress has a fresh face every two years, the President every four to eight; the Constitution is hardly changed because it requires a two-thirds majority in both Houses of Congress. Thus, the argument goes, the Constitution makes sure that radical changes are subject to a supreme law. However, this view still codifies violent dogma that requires a large critical mass to be freed and begs the question of what makes this law deserving of its trumping power. What if the mass is insufficient to catalyze a just Constitutional Amendment? In addition, this view isn’t shared by the public. America’s popular reverence seems to be less analytic and more emotional; it does not seem to be based in the Constitution’s ability to provide a counterweight to prevailing winds.

The Constitution isn’t any more binding than another law. It’s often inapplicable, oppressive, obstructive, and raises the decisiveness of public debate. So what comes next? Should we burn up our replica Constitutions? Not quite. A simpler solution would suffice. A starting point would be a reorientation towards the Constitution. It’s a law like any other. The framers were imperfect men, just as we are imperfect men and women. Just because it’s in the Constitution doesn’t make it right. It doesn’t matter what James Madison or Thomas Jefferson intended to say. That’s what the Constitution of 1787 was for. The Constitution of 2016 is what we want to say.  When the Constitution and the “right” conflict, rather than find a way to justify our beliefs through the text, we must work to change the content itself. It’s difficult to do so, but the conversation and legislated change needs to happen. Current discussions about amending the US Constitution to reverse Citizens United v. FEC are a good start because it signifies a public acknowledgment of the divergence between the concept of “right” and the Constitution. But more must be done—a majority of opponents simply want the Court to reverse its decision. So rather than letting our nation’s constitutive document become ash, let’s get started writing a new one.