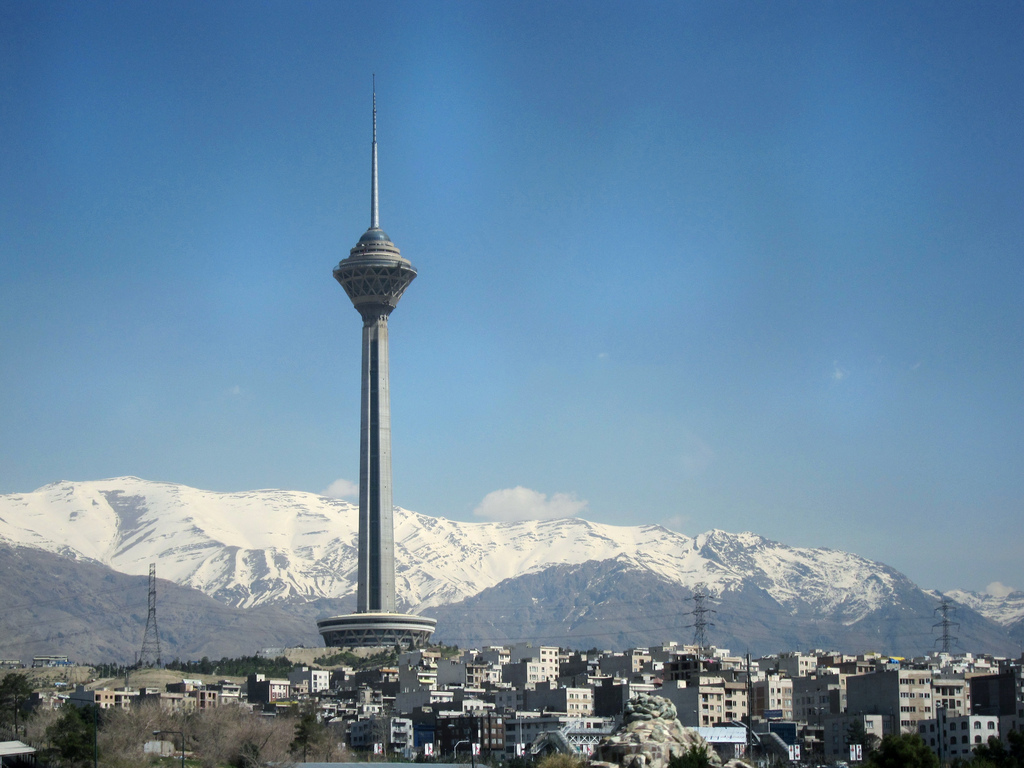 Iran’s Private Sector: Putting Up a Fight on an Uphill Battle

By the end of this year, you will likely see Tehran displayed on the departures list in the airports of many major European cities. With the passing of the Joint Comprehensive Plan of Action (JCPOA), the official name of the Iran nuclear deal, Iran has had an influx of business inquiries from Western companies. Headlines show Iranian President Hassan Rouhani signing huge trade deals that are meant to boost the reopened Iranian economy. With state-owned companies behind many of these deals, the private sector of Iran is not benefiting from this deal nearly as much as the government is. Sanctions that include financial restrictions in dealings within Iranian society still exist for issues concerning human rights and terrorism, leaving the private sector bereft of all the new opportunities that the JCPOA has opened to Iran.

Private enterprises in Iran have voiced their hardships trying to conduct business with foreign companies, claiming their hands are tied behind their backs. They cannot transfer payments across borders, leaving obstacles to complete a business transaction.

Some of the biggest deals recently made between Iran and the West include the purchase of aircraft from Airbus for refurbishing Iran Air’s obsolete fleet. Iran Air is the national carrier for Iranian citizens and is led by the Ministry of Transportation and Housing. Many other airlines, like the privately owned Mahan Air, do not have the same opportunities as their state-run competitor due to lasting banking sanctions that make it practically impossible for private groups to conduct business with foreign companies. Such struggles have existed for Iranians since the foundation of the Islamic Republic in 1979.

Iran’s post-revolution constitution sets an economic organizational foundation of three sectors: state, cooperative, and private. The bastion of Iran’s economy is maintained by the state through controlling all of Iran’s large-scale industries like foreign trade, banking, major minerals, and aviation. Keeping the economy in the scope of the government maintains the Islamic values that the Republic stands by and strengthens the government’s influence on Iranian society.

Having the Iranian economy in the hands of the government means most of the new growth is going to government officials, including clerics and members of the Iranian Revolutionary Guard Corps (IRGC). These members of government are the same people that the West labels as a “state sponsor of terrorism” and the root of corruption in Iran.

To show how vested the economy is in high-ranking Iranian officials, one need only look at data from Setad, an organization that is invested in many of the state-run industries like finance, oil, and telecommunications. It reports that Ayatollah Khamenei has a net worth of $95 billion—about 24% of Iran’s GDP at official exchange rates.

But it’s the Supreme Leader himself who has vouched for some economic activity to be shifted towards the private sector. For years, Khamenei has advocated the increased role of privatization in Iran. He stresses more focus on rural industries, particularly the agricultural industry, both of which are in the hands of the private sector.

Even President Rouhani has advocated empowerment of the private sector of Iran to lift the country out of all its economic problems. In order to do this, he has proposed stripping much of the economic control of Iran away from the IRGC by affirming that the Revolutionary Guard remain in their jurisprudence of guarding the Islamic Revolution, and not retain the large amount of influence over large-scale industries that determine Iran’s economic productivity.

With support from the most important figures in Iran, Tehran has made progress in altering the structure of Iran’s economy. In the past Iranian calendar year, the country has transferred 47.738 trillion rials (over $1.3 billion) worth of shares of state-run companies to the private sector. Additionally, the Fifth Five-Year National Development Plan (2010-2015) envisioned an augmented private sector by aiming to annually privatize 20% of state-owned firms.

Despite Iran’s large-scale industries—like fossil fuels and finance—remaining largely in the hands of the government, Iranian society has been utilizing its young, educated population to boost previously weaker industries like tourism and technology.

With the lifting of sanctions, Westerners are flocking to Iran for its unique culture and diverse geography. Even with State Department warnings placed by the U.S. government, American travel agencies are booking trips to Iran at a record high level. Such travels contribute to projections that Iran will attract four times the number of tourists and generate almost $30 billion in the next ten years.

Above all, Iran’s startup industry seems to be the hottest growing aspect of the country’s private sector. With a formidable higher education system that is infamous for brain drain, students from Tehran University and Sharif University are starting to build their own Silicon Valley around Tehran.

Avatech is a startup accelerator based on Tehran University’s campus that facilitates startup development for business ideas through strategic and managerial advice. Venture capital comes from firms like Sarava Pars that fund new business ideas in return for a portion of shares. Other startup accelerators include DMOND, TrigUp, and Setak, which is connected to the acclaimed Sharif University of Technology.

Their app developments include food delivery, audio tracks, and even e-commerce for young mothers. Koodakoo is a website that offers retail for maternal needs that was founded by two sisters, Ladan and Melody Golshani. Women are huge contributors to Iran’s growing startup scene. Outnumbering men in higher education, Iranian women have the technical skills to take advantage of new economic frontiers like startups. Other startups led by women include Mamanpaz and Ruban, which range in services from homemade meal delivery to cosmetics. Such a role played by women in the private sector of Iran is unprecedented in its history.

On Tehran University’s campus, where Avatech is located, women are usually required to dress even more conservatively than they would in public. Yet the growth of startups has brought overtones of colorful scarves and dolled up faces to a campus filled with neutral-toned maghnae, a professional female uniform. Such trends have come along with new developments for decreasing gender inequality in Iran. For the first time since the Revolution of 1979, an Iranian woman was appointed ambassador to Malaysia.

On February 8, President Rouhani gave a speech in Tehran, “advocating a greater role for women in the Islamic republic’s public sphere,” at a conference titled “Women, Moderation, and Development”. Masoumeh Ebtekar became Iran’s first female Vice President in 1997 under Mohammad Khatami and was reappointed by Rouhani in 2013. She is also head of the Department of Environment that handles Iran’s environmental regulation. As the department’s head, she has led a push for Corporate Social Responsibility (CSR) to give more responsibility to the private sector for environmental conservation.

While Iranian women have surprisingly had some degree of a role in the Islamic Republic’s government, including appointments in the cabinet and head of ministries, women in Iran’s private sector have been very underrepresented. Now, the startup scene is rapidly changing this inequality.

Maybe the Iran Deal does not really benefit the private sector of Iran. It might even hurt it with the intervention of foreign companies and leverage to state-owned enterprises. Nevertheless, government intervention has shied away from the constitution’s economic framework and driven privatization. Iranians, especially women, are taking advantage of such opportunities and the people are taking more of their country’s economic activity into their own hands. In a world where money is power, such economic changes can help potentially spark something new in Iran’s political dynamics. If the West truly seeks a dynamic and freer Iran, foreign countries might want to consider removing sanctions that leave the private sector at a disadvantage against their state-run competitors.