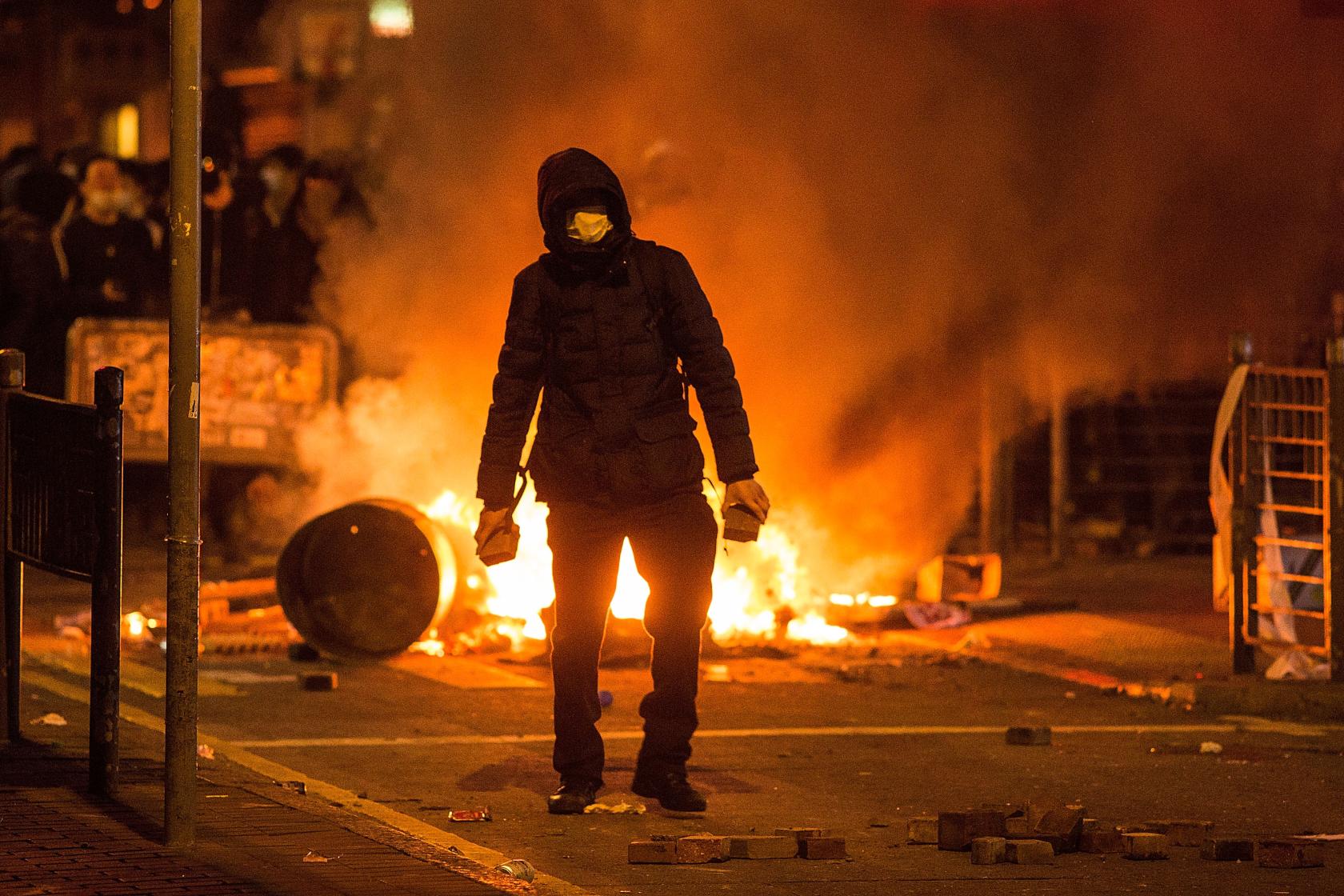 Doomed to Fail: why Hong Kong’s street protests hurt more than they help

Fires, tension, warning shots fired into the night: the 2016 “fishball riot” is the latest in a long line of destructive clashes between democratic activists and the Hong Kong police. Unfortunately, the violence is sending Hong Kong down a path democracy can’t follow.

2016 marks the 19th year Hong Kong has been part of China;  it is likely to also be its most tumultuous. Since the 2014 Reforms to the Hong Kong electoral system (which requires candidates running for the Island’s Chief Executive Position to pass a Chinese Communist Party (CCP) screening before they stand for elections), the Island has been gripped by tensions. Long seen as the sole champions of democracy in Communist China, the students of Hong Kong took to the streets in 2014. Thousands occupied city centers, signed petitions, and brought worldwide media attention to the fake brand of democracy imposed upon them. Yet the CCP reforms remain in place, and with the 2017 Chief Executive elections just around the corner, one has to ask: do Western style protests and demonstrations work in Hong Kong? If not, how should democratic activists resist instead?

One of the main goals of any civil movement is to gain more supporters; however, Hong Kong’s situation renders standard methods that raise awareness—occupying streets, demonstrating en masse—obsolete. The international community will not sanction the World’s newest superpower unless the CCP sends troops into Hong Kong in another Tiananmen-esque crackdown. The other group that can help Hong Kong, the citizens of mainland China, are either unaware to events in Hong Kong or only receive biased information through the lens of the state-owned media.

For the protesters, 2014 was a year of painful reality; despite occupying the city’s centers and holding out for months, the international community offered nothing but rhetorical support while mainland China remained silent. The CCP smartly kept its military in check, allowing local Hong Kong Police to maintain order. As the protests wore on, public opinion began to shift against the students. Many of the city’s industries, such as tourism and transportation reported huge losses, and the stock market plunged downward by 8% in the first month of the protest. City residents saw the occupation of the city’s major economic centers as a hot-blooded expression of frustration at best, and blackmail at worst. Journalist Jonathan Chow claimed the activists were “holding Hong Kong hostage”. By December 2014, the protesters, facing violence from Hong Kong police and a population that was tired of chaos, gradually dispersed.

The same factors that failed democratic activists in 2014 remain in place, if not stronger, today. Unless the CCP is forced to deploy the army in Hong Kong, the international community will not intervene. Indeed, with the growth of ISIS and Russian intervention in the Middle East, traditional protectors of democracy like the U.S. and European Union have far more to worry about than student protests in tiny Hong Kong. At the same time, unless the rest of China miraculously gain knowledge about the true situation in Hong Kong, no help will come from mainland China. Finally, with the plunge of the Chinese stock market in 2015, Hong Kong’s middle class may have even less patience for student protests on the streets. With the 2017 Chief Executive elections just around the corner, a successful mass-protest in Hong Kong looks less likely by the day.

Is Hong Kong’s future sealed? Will this ray of democracy eventually become absorbed into the rest of Communist China? Not necessarily. Before the protests, Hong Kong’s police force was regarded as one of the best in the world. The blemishes of violence in 2014 has put the department in an awkward situation, with community leaders claiming a breach between the community and the department. Another mass protest will force the police to once again be the unwilling enforcers of law and order, further alienating them from the populace and potentially forcing them to side with the CCP in the future. Thus, it is in the democratic activists’ best interest to avoid confrontation.

To win over the police force, Hong Kong’s protesters must adopt smarter tactics than simply occupying city centers. Perhaps the student protesters can learn from Dr. Martin Luther King and the Civil Rights Movement. In the 1950s and 1960s, Dr. King led African Americans on peaceful protests throughout the US. Despite police brutality, King urged protesters to follow the law and put public opinion first. His 1963 “I Have a Dream” speech was seen as a turning point for the Civil Rights Movement and is an excellent example of publicizing one’s message without harming society’s interests. By 1964, the public was won over and the federal government passed the landmark Civil Rights Act of 1964, which outlawed discrimination based on race.

Hong Kong protesters should see the Hong Kong public, police force, and international community as the “federal government” of their movement. They must appeal to these groups in strategic ways, picking and choosing where to protest and where to give in, always putting public opinion first. With Hong Kong’s internet freedom, pitching one’s message cordially is easier than ever. By tugging at the City’s heartstrings without resorting to fiery, disorderly protests in the streets, democratic activists can bring gradual and peaceful change to Hong Kong, reminding the police of the city they hail from and the people they serve. If Hong Kong’s protesters can bring the city’s police force to their side, Beijing will be forced to relent or send in its own armies, both of which will have massive consequences.