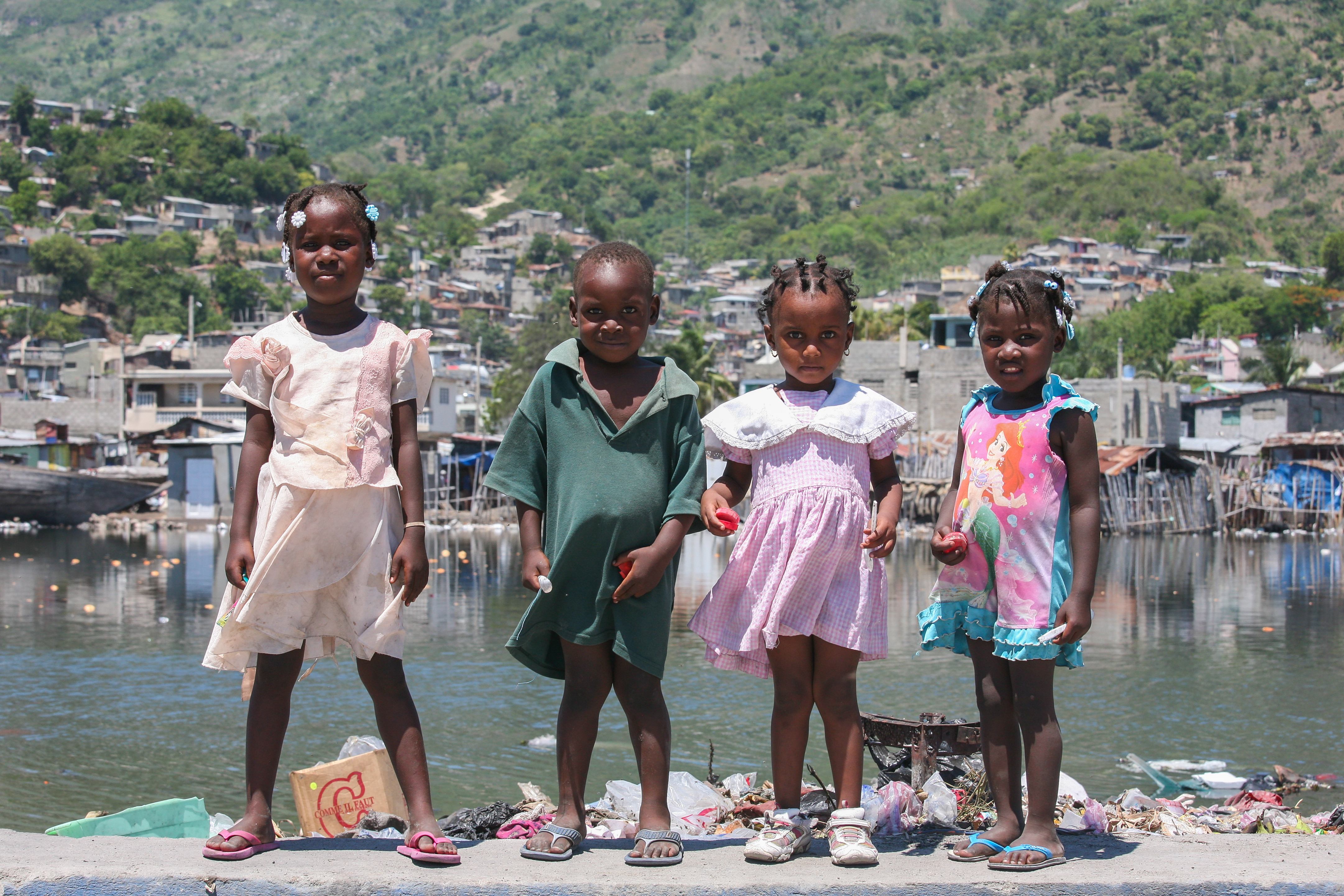 The Missing Part of Haitian Progress: The Forgotten Children

Haiti is home to 10 million people and the first modern revolution predicated on freedom, equality and justice of all. But among all the nations in the Western Hemisphere, none have faced greater challenges to improve the lives of its children. Yet, the forgotten children of Haiti may offer the very things that Haiti needs to prosper in times of current political turmoil.

Currently, 59% of the Haitian population live on less than US $2 per day in the country most affected by HIV/AIDS outside of Sub-Saharan Africa. Throughout Haiti, around 50% of the population has access to health facilities sponsored by the American humanitarian agency USAID, which provide core health services such as maternal and child health, family planning, and nutrition.

Benedetta Duramy, Associate Professor at Golden Gate University, highlights the lack of basic services such as potable water, sanitation, infrastructure, and a persistently high urban youth unemployment rate. The ongoing cholera epidemic is also a pressing issue, as many question the UN’s role in the epidemic, creating controversial debate. The Nepalese UN troops accused of bringing cholera, part of the UN Stabilization Mission in Haiti (MINUSTAH), are still involved after initial denial by the UN in 2013.

More than 3.5 million people were affected by the 2010 earthquake in Haiti’s capital, Port-au-Prince. The direct destruction of the country’s largest city saw  220,000 killed and over 300,000 injured, including 4,000 who suffered amputations. 4,000 schools and 50 health facilities were ruined, and with 70% of its population under 30, hundreds of thousands of young people were left homeless, orphaned or recruited by gangs as street children.

Nonetheless, a survey commissioned by the Haitian Public Health and Population in 2012 indicated positive changes. There was a 50% decrease for acute malnutrition in under-fives since 2005-2006. There was also a 22% increase in school attendance among 6-11 year olds and an increase in female school attendance. However, the quality of education, access to basic education and reduction of HIV infection remain persistent issues plaguing Haitians that hinder development and epidemic prevention, including current worries surrounding the spread of the Zika virus throughout the Americas.

The Status of Children

Many forces, often beyond the control of children, leave an incalculable impact. Children, often considered to be property, are so low in the Haitian hierarchy that they are not even regarded as members.

Restavek, a Haitian Creole term meaning “stay with”, is used to describe the hundreds of thousands of child domestic slaves. Poor families are often persuaded that their children will receive a better life and education if they stay with another family, unaware of the future of bondage that lies ahead. Tales of overwork, abuse, malnourishment and rape are common. Miami Roman Catholic Bishop Thomas Wenski stated that “the restavek is probably the ugliest instance of a whole lot of ugly things that are the result of desperation, poverty and marginalization”. Increased parental knowledge of these events, alongside a consideration of decision-making by children in the events that shape their lives, is necessary in Haitian civil society if it is to defeat the shadow of slavery.

A Haitian child’s first sexual encounter can occur at around the age of 5 or 6, often with relatives or neighbors where family abuse is common. Girls disproportionately face gendered violence, and a 2006 UN Report showed that 50% of girls living in conflict zones such as Cité Soleil have been victims of rape or sexual violence. UN peacekeepers have also been implicated in sexual exploitation and rape, and the current investigation by the Office of Internal Oversight Services (OIOS) has already discovered that over 225 women and minors claimed they were abused in ‘transactional sex’ incidents.

It is essential to create wider respect and enforcement of the children’s rights and values prescribed in the UN Convention on the Rights of the Child (CRC), ratified by Haiti in 1995. Article 3 demands that the best interests of the child must remain an utmost concern for adults, and article 4 requests that the government ensures that children’s rights are respected, protected and fulfilled. The values are not only symbolic — they hold legal weight. Enforcing them will challenge the significant barriers to increasing Haitian progress and developing Haitian youth in society.

Currently, Haiti resembles a “Republic of NGOs”. They provide a mass of everyday services but are nonetheless insufficient in fully embracing the potential of Haitian children’s rights and participation, failing to ensure children actively have a stake in their country’s future. Academics and organizations are increasingly highlighting the importance of a human rights-based approach in tackling some of Haiti’s social and economic challenges. Senior researcher at Human Rights Watch, Amanda Klasing, stated that “in most cases, sending children to work as restavèks is an act of desperation”. “One simple step that would help increase the levels of political participation on the part of children is to both ensure government institutions provide information and opportunities to participate in both Kreyol and French. Kreyol is what children learn at home, and many struggle to engage in French”.

The current period of political crisis, temporary governments and foreign political control places even more importance on the potential for the steady path of change. In order to facilitate development, there must be a  greater focus on children and an enforcement of their rights through cooperation between NGOs, the UN and Haitian civil society. Currently abandoned, Haitian children deserve a larger space in a society that should recognize them as valuable citizens.