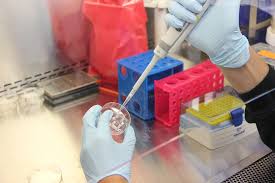 A Symbiotic Relationship: Why Industry Should Increase Funding for University Research

Intellectual property has always been a controversial topic. However, this controversy is usually reserved for intellectual property in the form of books, movie, patents, etc. Some results from research are considered general knowledge, open for use by society. Thus, there is no particular protection of this information. In some ways, that’s a good thing, since knowledge from research should be for the good of society.

The issue, though, lies in the fact that university research is often underfunded and researchers are underpaid. It has become increasingly and extraordinarily hard to obtain grants for scientific research, which leads to problems we will discuss later on. Given the hours they put into the day, postdoctoral researchers are working for essentially minimum wage. The NIH annual stipend for postdocs is just $39,264 annually. There is a stereotype that graduate students are extremely poor and barely have enough money to put food on the table and for the most part, this is true. Undergraduate researchers are generally unpaid and run vital experiments with no compensation.

At the same time, drug companies make millions of dollars off of university research without much recompense. Of course, pharmaceutical and biotech companies have their own Research & Development departments that ultimately perform the research that results in a particular drug or technology being developed. It is also true that much of the profit goes to amortized costs or is reinvested in other projects. But university researchers are the ones that perform the vital research or discover a novel technology that leads to industry being able to develop a particular drug or make their processes more efficient. As such, they should also benefit from the frontline successes.

There is no doubt that research is beneficial to industry. For example, the gene editing technology CRISPR Cas9, developed at the University of California, Berkeley by Professor Jennifer Doudna, has made its way into industry with dozens of start-ups utilizing this technology as a gene therapy method. Those reaping the monetary rewards will primarily be shareholders of these companies. In addition, treatments from cancer therapies to HIV drugs to H. Pylori antibiotics can all be traced back to university research. Unheralded in mainstream media, research in biochemical pathways form the basis for many new therapies, yet the best these researchers can hope for is a professorship in which they become the ones responsible for struggling to obtain enough money for all the projects in their labs.

There are many case studies showing the successes of university-industry collaborations.  For example, the University of Tennessee (UT) and Siemens Medical Solutions have had a symbiotic mutualistic relationship since October 2005 developing scintillators used for medical imaging devices.  Siemens provided half a million in annual funding along with a one-time donation of over a million worth in equipment to UT labs.  With adequate funding, graduate students and post docs were able to work on material that directly benefited Siemens’ products.  This collaboration has produced over 40 papers as well as several patent applications.

This lack of university research funding not only affects the livelihoods of researchers, but also the potential of scientific progress being made. One problem with the difficulty to obtain funding is the lack of risks that are being taken. High-risk, high-potential projects are often rejected because grant awarders only see the high risk aspect. Thus, many labs settle for “safe” projects that may not revolutionize a particular field. This type of research is necessary, but so much potential is being lost.

One of the concerns of industry funded university research is a conflict of interest. When one is being funded by a company, there is both the natural and political inclination to support the ends of said company. A study led by Dr. Aaron Kesselheim of Harvard found that physicians are less likely to trust research studies and clinical trials funded by companies. However, this is usually not an issue at the early stages of research done by universities. It would thus be beneficial to all parties—industry, government, universities, and physicians—if industry funded universities more so that the government can fund impartial clinical trials.

This is not to say that industry should not benefit from university research. Scientific progress as a whole should be enjoyed by the general public and companies that serve the needs of the public. The current relationship between industry and universities is a largely a win-win scenario. However, given the large margins of profit by these companies, and the lack of compensation available to university researchers of all levels, it would be a very decent and appropriate thing to do for companies to support this research with more grants and funding. Especially during a time when the federal budget for grants has been decreasing and university research is in dire need of funding elsewhere, it should be up to industry to step up and ensure that scientific progress is not hindered.