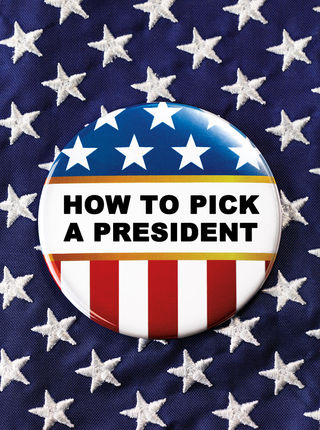 Marco Rubio, a Republican candidate seeking to gain traction in the race for becoming the next U.S. president, recently has been seen brandishing guns during his campaign photo ops, along with peppering his speeches and his so-called off-the-cuff remarks with plentiful references to football.  This is not by happenstance nor by an already existent personality trait.  Instead, his campaign staff has been desperately trying to reshape his image in the eyes of the voters.  Worried that the voting citizenry do not perceive him as manly enough, and after attempts by rival Republican presidential candidate Governor Chris Christie to smear Rubio as (heaven forbid) being effeminate, Rubio’s campaign is supercharging ways to get across that Rubio is macho.

Whether you are a Republican or Democrat, and whether you like or dislike Rubio’s political policies and proposals, it is disappointing and a bit disheartening to realize that apparently voters are still locked into gender-belief stereotypes as a means to gauge their willingness to support a particular presidential candidate.  In 2016, one would have hoped that society had gotten past the old views of hegemonic masculinity, namely suggesting that a candidate for U.S. president has to exude masculine traits that presumably befit the macho gender-traits associated with being president and avoid effeminate traits.

Hillary Clinton is likewise caught-up in this gender-trait quagmire.  As a Democrat and a leading contender for the Oval Office, she has had to wear pant suits and neutral colored clothes throughout her presidential campaign, along with limiting her use of jewelry, all in a bid to avoid being seen as overly feminine.  Hillary’s attire allows her to appear somewhat masculine and gain a bit of that machismo glow.  At the other extreme, any apparel that might seem outright feminine would open the door to accusations that she was purposely wearing sexualized clothing.  Some of her presidential opponents would then claim that she is flaunting her gender to gain votes, while other of her opponents would use the opening to try and make her being a “woman” an issue, and once again stoke the conflict with the masculine dominant perception by voters of what a proper U.S. president is supposed to be.

Could it be that voters are really out-of-touch and still handcuffed to gender-belief stereotypes about our next U.S. president?

Let me answer the question with a famous old riddle that goes like this:   A father and a son are in a horrific car accident, and the father dies, while the son is critically injured — the son is rushed to the emergency room, however, when he gets there, the surgeon says, “I can’t operate on him, he’s my son.”

When thinking about the traits of a U.S. president, words like decisive, confident, assured, smart, adroit, strong, tough, and other such characteristics usually come to mind.  Have I just described a man or have I described a woman?  The answer is that I have described a person, and the gender is irrelevant to the position.

Unfortunately, the voting public does not have that same perception.

Voters still expect their president to have what they consider masculine traits, and so the presidential candidates pander to that stereotype.  It’s a proverbial “give the public what they want” kind of conundrum.  A candidate would be committing political suicide if they dared to go too far beyond the gender-belief stereotypes.  Gender bending of the beliefs has allowed some amount of stretching of the unwritten rules. For example, a male candidate can cry now and still be considered masculine, but only if the crying is for a perceived legitimate reason such as the loss of a loved one.  Meanwhile if a female candidate cries, it instantly sends a signal of great weakness, and regardless of the underlying reason for the emotional outburst, it is possible that the female candidate might not ever overcome the adverse branding that would arise by the voters.

In 1984, Geraldine Ferraro, the Democrats’ nominee for Vice President, purposely took a highly visible tough-on-crime stance for the Democrats to strengthen her masculinity in the eyes of voters. Republican presidential candidate Elizabeth Dole in 1999 was likewise forced into putting front-and-center her toughness on key masculine oriented topics.  During the 2008 U.S. presidential races, Sarah Palin and Hillary Clinton nearly got past the masculine trait hurdle, but still found themselves at times having to show “proof” of their credentials for wifehood and motherhood.

A recent poll of American voters found that women voters were more inclined to believe that a female president is on the horizon in the next two presidential races than were male voters (38% of women versus 28% of men).  Especially interesting was the finding that when asked whether men respect women in political roles, only 7% of women believed that men do while 20% of men claimed that most men do.  Overall, the poll suggests that from a gender perspective, men are still hesitant about envisioning a woman as president.  There is a lot of talk about it but the walk is still off in the future. Any of the female candidates in the race now face an uphill battle.

Step by step, our society is slowly and almost imperceptibly stretching the gender-belief stereotype about what it takes to be a U.S. president, but we aren’t free of the blinders just yet.  Voters are still gender-belief absorbed, and we must all expect that the 2016 presidential race will have lots of deplorable twists and turns as each of the candidates, male or female, try to navigate the societal mores on gender-beliefs and avoid getting knocked out of contention because of a misstep on being perceived as not masculine enough to make the cut.