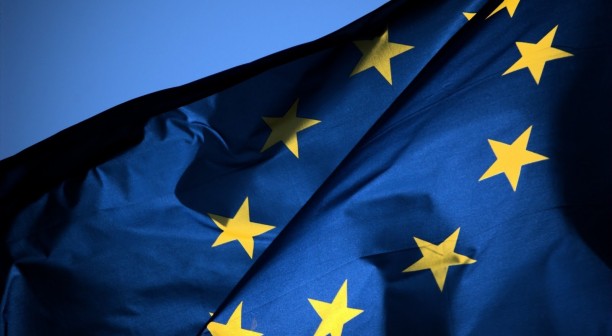 The European Union: A Little Gratitude

Chaos and bloodshed flicker across news screens discretely in an almost routine manner. To Western society in the current era of diplomacy, murder and terrorism almost always come across as distant forces. They are acts of pure evil, driven by vile ideologies that we can’t even begin to make sense of. The enemies are far off and impossible to empathize with. It is easy to forget where the bloodbaths, for centuries and centuries, used to occur: Europe. This took the form of grenades being thrown across trenches, or through women and children rushing into basements to avoid being killed by airstrikes. European governments, often elected governments, were for far too long at the center of global conflict.  In the midst of criticism about the current state of the continent and the value of its diplomacy, skeptics should not forget the prime reason that Europe has been able to prevent itself from turning back into a bloodbath: the European Union.

Many may argue that the Union is a failed project. This has recently been highlighted by observers of disagreements over the migrant crisis as well as Britain’s repeated threats of exiting. Putting these issues aside for a second, it is worth looking at what the Union has provided and how it has changed the way we view diplomatic spats. Once upon a time, the rise of a right-leaning fascist ruler posed the threat of immediate war and occupation. Now, leaders with such tendencies are fully integrated into a complicated diplomatic chain. Wars have turned into disagreements. Yes, there may be more disagreements than anybody ever imagined, but the world should be thankful that they are just disagreements.

In order to understand where these disagreements stem from, it is worth looking at what Europe has evolved into. The idea of a united Europe came after the horrors of World War II. Centuries of ancient and medieval conflicts seemed to culminate in a battle that looked more clearly like an apocalyptic conflict between good and evil than anything that had come before. In 1946, it was Winston Churchill who stated that, in order to continue to survive, what was needed was something of a “United States of Europe.” This was a clear reference to the country that came out of the Second World War looking like an untouchable superpower. The implications of a “U.S.E” are hard to comprehend given what we are used to—deliberation and national unity between groups of people who spent so much time fighting each other in the name of nationalism. This idea clearly didn’t end up seeing the light of day, but the principle was bold, noble, and to a certain extent was what the European Union strived to represent.

This failure, and what defines the European Union in the media today, usually stems from disagreements between factions that by no means would be willing to share a nation with one another. Specifically, this is in reference to Eastern European countries that wound up being integrated into the system. With great promise, communist governments in Poland, were toppled in the 1990s. The corpses of communism, namely factories, corporations, and the media—all of which previously belonged to the states—were up for grabs. Unsurprisingly, individuals who already held sway and domestic power were able to grab more. Fragile post-communist transitions gave birth to corrupt societies, where certain individuals were able to manipulate democracy to give way to authoritarian governments.

The Kaczynski brothers, who held much sway over Polish affairs, and Viktor Orban, whose party has hijacked Hungary’s constitution, are leading forces of the radical right. They could potentially be dangerous figures, capable of starting wars over strong views about race and nationality. And yet, they do not. They can not. And for all the focus that the world applies to their staunch conservative views on issues such as migration, the world should also focus on the fact that these leaders have conceded to becoming a part of what is essentially a liberal union of nations. While they can become black sheep in European parliamentary debates, and they can be labelled the EU’s problem children, it is difficult to imagine them becoming military threats.

Orban, with his nationalist views established and pervasive, may frequently speak out against the EU, or express anti-European sentiments. However, he doesn’t dare choose to leave the bloc. The diplomatic and economic benefits of maintaining these close ties outweigh the costs of being isolated from the rest of the continent. The fact is that multinational corporations could enter and participate in these Eastern European countries in ways that could never have occurred when they were isolated by communism. Even in Poland, where similarly oligarchic forces have come into play, the authoritarian nature of these governments always appear to be restrained by the European Union’s far reaching influence. While the Kaczynski’s vehemently attacked EU foreign policy and expressed lingering contempt for Germany, it was a Kaczynski who ended up orchestrating the EU’s Treaty of Lisbon.

Though it is easy to criticize any polarized body as one in which “nothing is being done”, the European Union is worth valuing, perhaps just because of its existence. It has by no means become the “United States of Europe”, but continues to be an overarching force with true value. The United Nations is often a platform for argument and humanitarian intervention that may or may not end up being helpful. Somehow, the EU has gone far beyond that—it has promoted genuine, perhaps begrudging, ties. For this, the world should be thankful, as it seems to have permanently changed how Europe handles conflict.