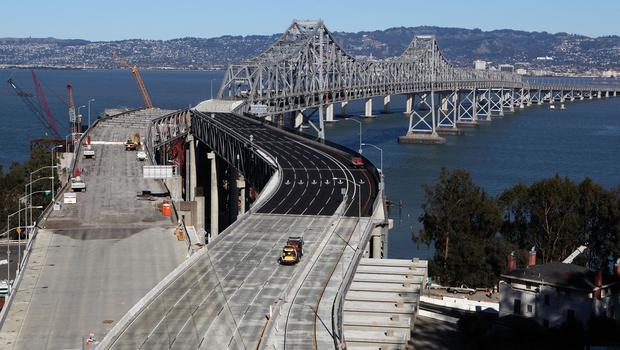 Barriers to Improving Our Crumbling Infrastructure

Amidst the political issues of gun control, immigration policy, and economic crises consistently dominating national headlines, the topic of fixing America’s broken infrastructure continues to be crowded out by the media’s agenda, ignoring an important problem that should be addressed more persistently.

Unlike many other debatable issues, fixing our crumbling infrastructure should not be and is not partisan in nature. It’s a problem faced by Americans every day. When commuting to work or maneuvering  through the city, drivers face destructive potholes, cruise through seismically unfit bridges, and sit through unbelievably congested highway systems. In a quadrennial report by the American Society of Civil Engineers released in 2013, America’s infrastructure is rated at a D+, necessitating a $3.6 trillion investment by 2020 to reach a passing grade.

There is clearly a need to fix our most basic infrastructure, but why hasn’t more progress been made?

Relying on Inadequate Sources of Funding

Infrastructure improvement falls squarely on the shoulders of the federal, state, and local governments. However, most projects require some level of assistance from federal funding. For decades since its passage in 1956, the Highway Trust Fund (HFT) has been the federal government’s main source of revenue, establishing a dedicated fund for federal dollars to be allocated to transportation projects. The fund’s major source of revenue stems from excise taxes, particularly the gas tax. However, the gas tax has remained stagnant at 18.4 cents per gallon since 1993 and has not been adjusted for inflation. Consequently the federal government has ran an annual deficit since, spending $50 billion per year on transportation projects while receiving only $34 billion from gas taxes.

With minimal federal dollars spent on infrastructure due to a decreased source of revenue from gas taxes, more pressure has been placed on state and local governments—which have contributed more than half of all government spending on general infrastructure annually—to develop new sources of funding. (The federal government provides the most funding in only one sector of infrastructure, contributing over 30% of the total funding for transportation.)

Moreover, most infrastructure projects fall squarely on state and local governments. The construction of schools, city facilities, and non-transportation related infrastructure is funded at the state level.  But many of these projects have come to a standstill as states prioritize paying off debt accumulated during the recession in 2007.

The Resuscitation of the Highway Trust Fund

The HFT, which was set to expire in December of last year, was revived when President Obama signed a five-year $305 billion transportation bill known as the FAST Act of 2015 . But the funding simply reestablishes federal aid in our nation’s transportation woes; it focuses primarily on highway funding and fails to address a chronic funding problem: unsustainable sources of revenue. The new bill taps into our federal reserves and extorts money from other unrelated government programs.

Congress must continue to push for a consistent revenue source, perhaps raising the gas tax and turning back to the user-supported funding model established decades ago.

But finding adequate sources of money to finance infrastructure projects is hardly the only issue.  The inefficiency of permitting processes and environmental reviews for capital projects not only frustratingly delays construction, but also proves costly. A comprehensive report conducted by the Common Group found that simplifying lengthy, often multi-year-long review processes can cut project costs by over 50 percent! For instance, the Bayonne Bridge roadway project in New Jersey had no significant environmental impact. Yet the government required what turned out to be a five-year, 20 thousand page environmental assessment, only to be found after completion that the review was inadequate.

Besides, other countries have taken steps to reduce such unnecessary, arduous legal processes. Through streamlining review and permit procedures, Canada has mandated all infrastructure projects to clear legal processes within two years, allowing projects to be completed at a faster rate than here in the U.S.

Inadequate funding and complicated bureaucratic processes are a byproduct of our increasingly partisan politics. When both factors work in conjunction with one another, the result are frustratingly sluggish infrastructure projects.

The push for California’s high speed bullet train began in the 1980s, when Governor Jerry Brown pushed for its planning and construction. Yet due to legislative cynicism, the overseeing committee—High-Speed Rail Authority—was not established until 1996, when the committee began planning the ballot proposition. The vote occurred in 2008, twelve years later. Since then, the project has faced multiple environmental and legal challenges in additional to public controversy. And not to mention, disinvestment by the federal government; in 2011, Congress discontinued all federal funding for high speed rail projects throughout the nation.

As of early 2015, only 20% of the required land for the project has been acquired. Initial construction has just begun.

The train is set to begin running for commercial service in 2029, and current estimates tag the full-system construction at $68 billion. But at this rate, will it be delayed further? Who knows what the next California governor will do. Only time will tell. In fact, there may be better, more innovative transportation technologies by then.