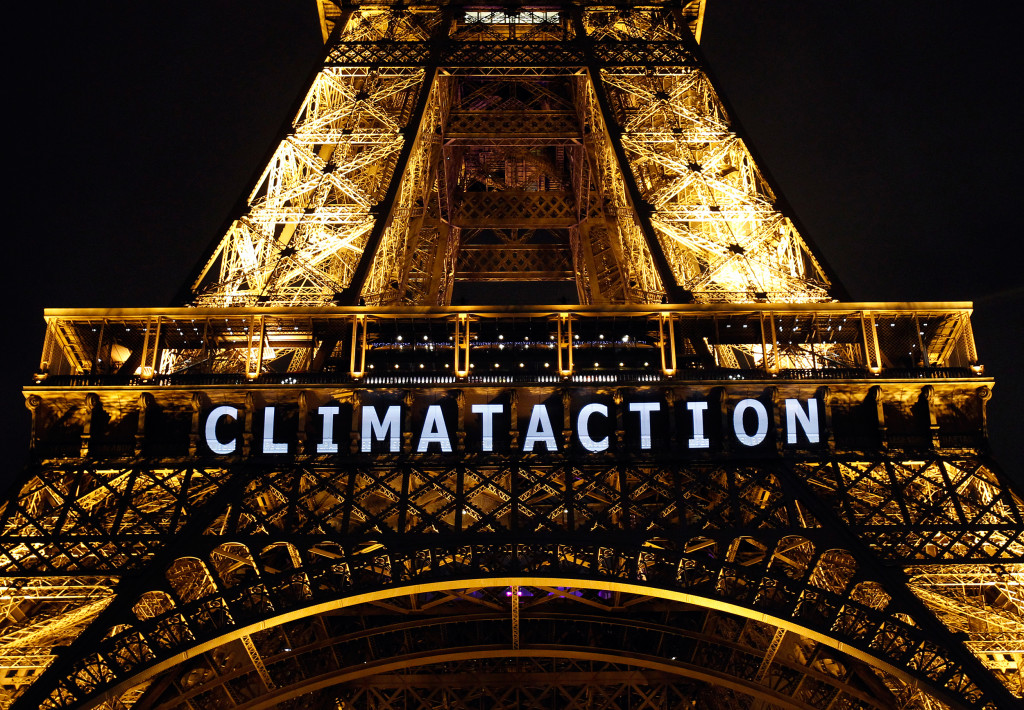 Why the Paris Climate Pact is a Big Deal

And why the hype should be contained.

Global politics in general tends to stick to the same issues, whether it is economics or security. However in recent years, a new issue has taken place in the round table of important international issues: climate change. Climate change as an issue started to gain prominence in the early 90’s culminating in the Earth summit, more commonly known as the Rio Conference, in 1994. There, the nations agreed to meet annually in what is now known as the UN Climate Change Conference. In the 20 or so years after the Rio Conference, the only other conferences that are of note with regards to the geopolitics of climate change are Kyoto in 1997. The Kyoto Conference is considered significant as the Kyoto Protocol was conceived during that conference and within the protocol was the first acknowledgment of global warming as a serious man-made issue. Despite the continued failure of the conferences to come to an agreement, people all over the world have started to adopt climate change as an important issue in the two decades or so after Rio and have demanded action with increasing veracity. While it is too early to determine if the Paris Climate Pact answers the ever-increasing demand to stand to the challenge of climate change, it is fair to say that it is a step in the right direction. The Paris Conference has broken away from the unprolific nature of the climate change conferences and has given the world real reason to hope that action against climate change might actually be taken.

We must first establish that scientifically, the pact is inadequate in dealing with the many environmental challenges the world faces. There is no snow in New York as 2016 comes along, mammoth-sized ice sheets are melting at an unprecedented rate leading to rising ocean levels that put some island nations in peril, forests and reefs are under incredible duress, people are still dying of floods and heat waves and the agricultural system that is responsible for feeding the ever growing human population of seven billion is at risk. The pact calls for its signatories to “hold the increase in the global average temperature to well below 2°C above pre-industrial levels and to pursue efforts to limit the temperature increase to 1.5°C above pre-industrial levels.” It is important to note that these targets are derived from the scientific conclusion that an increase of more than 2°C can lead to “catastrophic impacts, including rising sea levels, more devastating floods and droughts, widespread food and water shortages and more powerful storms.” However should all the promises made in the pact be enacted with full efficiency, the increase in temperature would be 3°C, a full degree above what the pact calls for thus leading to a rather unsatisfying conclusion as all the problems associated with climate change are still going to happen.

So what makes the pact a big deal and why are experts praising it? It is because the pact recognizes the harsh geopolitical realities in trying to agree to a deal and adopts accordingly. The pact has adopted a hybrid legal structure where every country is legally obliged to submit a plan to curb emissions and improve the environment while recognizing that these plans will differ in ambition and in enforcement, as there is no legal way to enforce the plans that these countries submit. There are several legally binding requirements that will counter the problem that countries might not act on their plans. These requirements include a meeting every 5 years starting in 2020 where countries will submit a more stringent plan of action to deal with climate change. Essentially the pact recognizes that it is not demanding enough and comes up with the necessary framework to improve upon it. Countries will also be required starting in 2023 to publicly report on their progress compared to the aims stated in their plan of action. Within this legally binding framework countries will be required to monitor and report their emissions using a universal accounting system. The plan is to create a name and shame system where countries do not want to be seen as the straggler of the international system. The success of this system is very much dependent on the continued increase of public awareness of the perils of climate change and the future leaders of each respective countries being supportive of action against climate change. For example, should the U.S. elect a leader who denies that climate change is man made, the pact will be in danger since U.S. cooperation is key to its success. However provided that the public continues to push for change and that the political conditions are conducive, the name and shame system the pact has created should be very effective in the future regulation of environmental issues on the international stage as nations will not want to lose legitimacy within the geopolitical arena. Losing this legitimacy could lead to a loss in legitimacy in other issues of international relations and also has the risk of public outrage.

Thus, the Paris Climate Pact is not perfect by any measure of the imagination. However, it is an improvement over the rather idealistic nature of agreements reached in the previous conference since it has put in a legally binding framework to deal with the many geopolitical problems of tackling climate change. It is up to the public to push for more awareness and action against climate change, and to make political decisions that reflect the importance of climate change. The Paris Climate Pact is not the solution, but rather the start of the solution to a problem that will only worsen if left untreated.