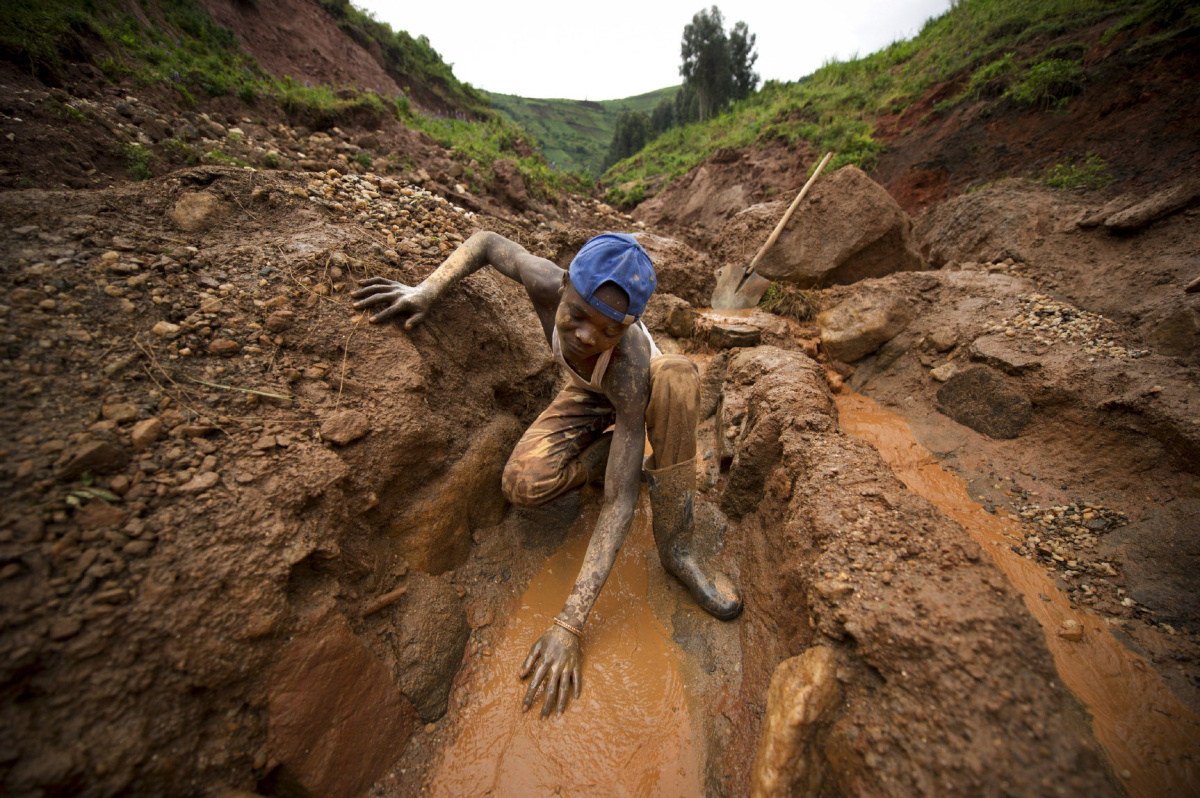 It is easy to debate whether or not the United States should cut diplomatic ties with Saudi Arabia, or to call China out on supposedly intolerable human rights violations. As simple as it is to weigh on such issues, here is an often forgotten fact: if you own a smartphone or a computer, there is an overwhelming likelihood that you have given direct financial contribution to groups of warlords that couldn’t care less about human rights. Tantalum, tin and tungsten are all essential metals that keep these devices running. They happen to be mined underground in particularly politically inconvenient locations—patches of land controlled by brutal armed leaders in Africa, prominently in the Democratic Republic of Congo. While a variety of tech giants have claimed to back off of business with such suppliers, the truth is that efforts have only been disappointing thus far. A simple glance at statistics provided by such companies themselves make this plain to see—the world hasn’t gotten over conflict minerals, and it doesn’t seem particularly concerned.

Why should the world be concerned? An anecdote from a victim of these minerals should more than suffice. Groups such as the Interahamwe (which played a huge role in the Rwandan genocide of 1994) use mineral trading as a source of income to fund various murderous exploits. In 2010, the Interahamwe broke into Congolese mother Generose’s house. After cutting one of her legs off with a machete, the group murdered her eight year old son when he refused to eat it. Such brutal and senseless acts of violence occur in large part due to our unquenchable economic demand for what these warlords have to offer. Upon reading such stories, it is unrealistic to assume that the world’s population will put an immediate end to the use of electronic devices that necessitate these materials. However, companies that provide these products to us have and must continue taking steps to insure that they are obtaining minerals that are certified “conflict free.”

In 2010, the Dodd Frank regulations required companies to audit their supply chains and take precautionary measures to avoid contact with such warlords. Unfortunately, very few have truly taken these requirements and their ultimate goal to heart. Apple is a notable exception. In 2013, it was able to issue a guarantee that none of the tantalum it mined came from conflict infested regions in the DRC. This was a major step forward. However, for both Apple and every other company in the business, this is not enough. Apple could not issue the same guarantee for tin or tungsten. Experts have also claimed that the audit process was not as robust as could be—there is still a good chance that murderers and rapists are still involved somewhere along the supply chain. Nevertheless, this was a positive step, and this is more than what can be said about a number of other huge companies.

A perusal of some other tech giants’ conflict mineral reports provides disappointing results. IBM, for example, uses its website to convey corporate social responsibility and progressive steps forward. However, a quick analysis of the statistics shows that only 49% of their minerals are confidently “conflict free.”  Nintendo is not doing much better—its 2014 report shows that about 32 percent of it smelters are not conflict free. HP’s official reports are equally disappointing and somewhat deceptive. While the company claims that 76 percent of its smelters are acceptable as per the 2010 guidelines, 19 percent of them are actually in the “process” of being analyzed. Therefore, despite the company’s assertions, slightly more than 40 percent of mineral suppliers that HP does business with may be involved in human rights abuses and violations.

The solution here will probably not be a worldwide boycott of electronic products. Such devices are commonplace everywhere—it would be difficult to find an NGO that fights against conflict minerals that doesn’t require something like coltan to survive. However, there is a way out of this bind, and this is definitely not a lost cause. The steps that Apple took with tantalum are noteworthy, simply because they demonstrated that one hundred percent conflict free minerals could indeed become an industry norm. Such measures would severely undermine the murderers and rapists that run Congo’s mines, and have a far-reaching impact on the men, women and children who are currently under their grip.