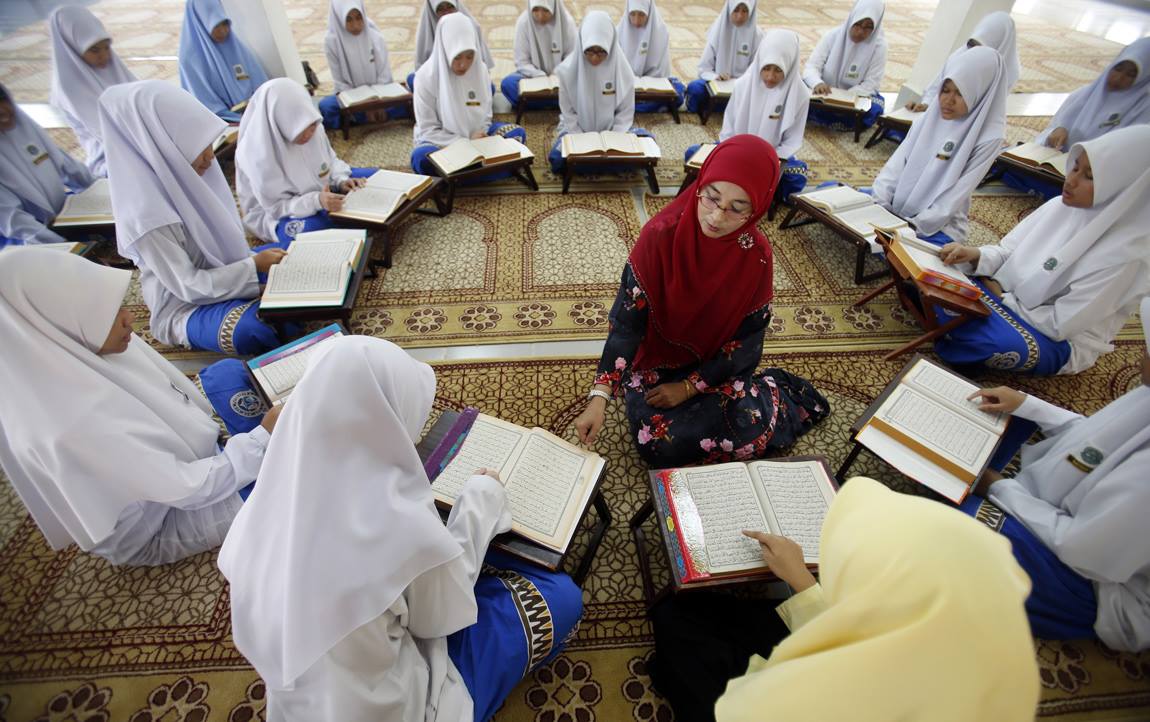 Why Ayaan Hirsi Ali is wrong. Islam does not need a reformation.

The rise of ISIS has created a number of question about the nature of Islam, ranging from the state of the religion today to fundamental theological questions that arise from the justification given by individuals or groups who use the religion of Islam to commit acts of terror. From this debate, a rather controversial view has come out of political activist and author Ayaan Hirsi Ali who in a recent Foreign Affairs article wrote that “We have a problem—not one that comes from hell but one that claims to come from heaven,” as she referred to Islamic scripture. The crux of Mrs. Ali’s argument is that, the Qur’an, the central religious text of Islam and the reading of the Qur’an by Islamic Institutions around the world make for a violent worldview that is responsible for the acts of jihad we see across the world today. Mrs. Ali then goes on to say that, the United States should acknowledge that Islam is the cause of the extremism and label it so instead of the term “violent extremism,” which is the go to word for the White House today. She justifies this by saying that not labeling acts of terror in the name of Islam as Jihad is akin to “Cold War readers calling communism an ideology of peace.” The larger suggestion that Mrs. Ali has made is that to stop acts of terror in the name of Islam, the US should abandon its policy of non-interference within the Middle East and adopt a policy of supporting liberal Islamic reformers. Is she right? Could the reform of Islamic theology be the way to stop Islamic fundamentalists from committing acts of Jihad?

Mrs. Ali argues that in the past the U.S adopted a policy of non-interference due to geopolitical concerns and the fear that it will upset the delicate balance “that hangs between Muslim and non-Muslim citizens.”

But before looking at the validity of reformation, we must first establish why Mrs. Ali thinks that Islam is fundamentally a violent religion. She claims that Islam is in the midst of a revolution and that the Muslim world can be divided into three groups: people who “see the forcible imposition of Sharia law as their duty”, moderates who practice the religion but are not inclined to violence and people who have renounced Islam. Because of the influence of the group that wants to forcibly impose Sharia law, Mrs. Ali argues that the US needs to prop up the moderate liberal reformers. This is a somewhat deceptive move on Mrs. Ali’s part as she assumes that the group of people who see it fit to forcibly impose Sharia law is large enough to have a role in the discourse regarding the future of Islam, when in reality people who see the forcible imposition of Sharia law as their duty are nowhere as influential or large as Mrs. Ali implies them to be. She then continues by citing two students of the Al-Azhar University, which is often seen as the most prestigious Sunni institution in the world. One student claims, “The texts to which the Islamic State (IS) appeals for support are exactly what we learned at Al-Azhar. The difference is that IS truly puts the texts into practice.” The other student is quoted saying that “Even if Al-Azhar students don’t join IS, they still retain these ideas in their head. They spread the ideology in their communities.”

Before repudiating the theological arguments that Mrs. Ali makes regarding Islam, we must first discuss her view that Islam needs reformation. With her claims regarding the state of Islamic theology being fundamentally violent, Mrs. Ali makes it clear that she see’s Islam as a violent religion that needs reformation. She further consolidates her view on Islam by comparing the religion today to the Catholic religion before the enlightenment. One of the fundamental problems with Mrs. Ali’s assertion that reformation is needed is that she fails to realize Islam today is a vibrant and liberal religion that has evolved to suit with the changing circumstances of the 21st century just like any other religion. Essentially she misunderstands that the reformers she wants who “oppose the literal application of sharia to apostates and women or who argue that calls to wage holy war have place in the twenty-first century” are not rare, they are the majority of the Muslim world.

It is true that the ultra conservative otherwise known, as the Salafist voice is stronger in the Muslim world, however the reason for this is not because there are more people who are ultra conservative within the Islamic religion. It is simply because these Salafists are often supported by rich Middle Eastern governments, such as Saudi Arabia and Qatar. We can point to Indonesia, a secular country that is also the largest Muslim country in the world (with a Muslim population of nearly 200 million) as an example of a place where Salafism has been defeated by moderate and liberal ideas regarding Islam. Because there is government support for Salafists in Middle Eastern countries, the growth and reformation of the Islamic religion will not develop at a rate compared to seen in Indonesia or other secular countries. This is not a reason to start intervening in the religious affairs of these countries, instead the US and the international community should allow for the organic liberalization and growth of the Islamic religion within these regions. Eventually no amount of government support can stop a liberal brand of Islam from taking over from the Salafist brand that is supported by only a small amount of the population.

Perhaps the largest problem to Mrs. Ali’s argument is the faulty logic she employs in building her argument. To repudiate her argument, we first start with the fact that scripture is constant. The Qur’an in over 1400 years of existence has not changed, but the behavior of Muslims who look to the Qur’an has changed. Throughout the long and rich history of Islam, the Qur’an has been used to justify peace and violence. It is only logical to conclude that Islamic scripture does not cause terrorism as the great and peaceful periods of Islam was also inspired by the Qur’an. Thus the reform of Islam won’t cause terrorism in the name of Islam to stop. Furthermore, consider the Gospels, the Crusaders used it as inspiration and justification for their destruction of the Middle East. A more contemporary example is George Bush, a devout Christian who made the decision to invade Iraq without provocation. People will object and say that the examples above are flawed as circumstance played huge a part in their decisions and that these actors were not driven by religion. But that is exactly the point. Christian scripture does not always determine the acts of its followers, why should it be different for Islamic scripture?

Ultimately, the heart of the problem of the increasing violence in the name of Islam is circumstance. A majority of the people who join jihadist causes such as that of ISIS come from poor and uneducated backgrounds and as a result are more likely to be swayed by poor ideological reasoning and appeals to Jihad. But what these groups offer that are more practical in nature is a future where one is not stuck in abject poverty. These extremist groups are empowered and thrive because of the muddled mess that is the Middle East, the condition of which has certainly not been improved by failed US attempts of nation-building in Iraq and Afghanistan. What the US and the international community must do is not concern itself with the central theological questions of Islam that are infinitely complex but set a coherent strategy for the Middle East to end the chaos that breed’s extremism. It is high time to adopt a policy that does not put economic geopolitical interests ahead of humanitarian interests. Ultimately the violence that has engulfed the world is not the fault of Islamic scripture; instead it is the fault of the international community and its failures in the Middle East.