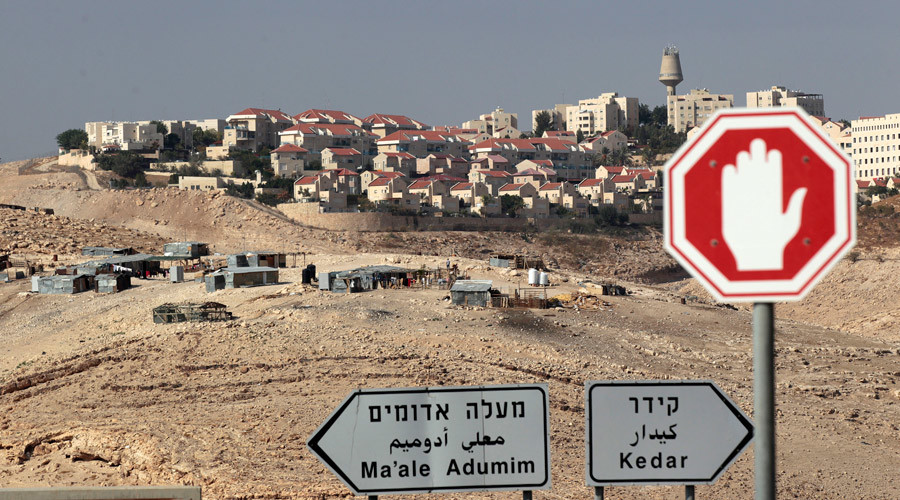 As President Barack Obama delivered the words “A nation ringed by walls will only imprison itself”, many analysts pointed the statement as an adage against Republican presidential candidate Donald Trump. Of the fences of Guantanamo Bay, the trade barriers of the Asia Pacific, the obstacles to American citizenship, Obama’s farewell address to the United Nations General Assembly could have touched on many of the walls that he has sought to bring down over the course of his presidency, but instead he directed to one: the 403 mile palisade between Israel and Palestine.

The declaration marks the first time that any American official has called for an end not just to the expansion of settlements in the West Bank, but to the very legitimacy of the established settlements themselves. The importance of this pronouncement is tantamount in an increasingly multipolar geopolitical landscape.

The American alliance with Israel dates back to the Truman administration which was the first to recognize the nascent Jewish state, however the unconditional support seen today appeared under Kennedy’s “special friendship”. The American-Israeli Public Affairs Committee (AIPAC) founded in 1951 has helped advance the cause of the Israeli state in Congress has widely considered one of the most powerful organizations in the capital today.

Recent years have shown in a shift in public opinion on the issues of Israel and its occupied territories. Since July 2014, there has been a 5% increase in the American populace who say they sympathize with Palestine. In particular, there is growing support among young voters and progressives in the United States. Former Democratic presidential candidate Bernie Sanders held up the importance of “treat[ing] the Palestinian people with dignity and respect” during the Democratic primary debate and was the only candidate to turn down an invitation to address the AIPAC. Indeed, Obama’s own remarks come at the end of a long and often hostile relationship with Israeli Prime Minister Netanyahu.

Despite running on Obama’s legacy, Democratic presidential candidate Hillary Clinton has a stated greater willingness to work with Israel. In interviews she has defended Israeli military attacks in Gaza that killed 2,250 Palestinians in response to the Hamas rockets in 2014. Her supporters removed anti-occupation language from the party platform. She has specifically spoken out against the domestic Boycott, Divestment, Sanctions (BDS) movement. Leaked emails point out that Netanyahu himself believes it would trust a Clinton administration much more than it has Obama’s.

The history of the international support for Israel has had its own track. The original 1947 UN General Assembly Partition proposal had passed with 72% majority. The Suez Crisis of 1957 sharply led international consensus against Israel. In 1975, the UN General Assembly passed Resolution 3379 which stated that Zionism was a form of “racism and racial discrimination”.

The 2014 Gaza attacks marked a crucial turn in international sympathy for Israel. According to a poll by the BBC, negative views outnumber positive views of Israel two-to-one. In 2015 alone, twenty individual resolutions were passed in the UN General Assembly that detailed either support for Palestine or criticism of Israel.

There have been some blips in that road. In the War of 1967, France choose to support the Arab nations by imposing a temporary arms-embargo that mostly targeted Israel. It later made that embargo permanent.

In recent years, however, relations with the EU have soured. Two-thirds of UK citizens now believe that Israel has committed ‘war crimes’. On January 27th, much to the insult of the Israeli people, the much-despised President on Iran Hassan Rouhani was welcomed in Paris on International Holocaust Remembrance Day. On October 7th, the European Union External Action Service issued a statement decrying on the construction of 87 new homes in the West Bank.

As relations have bittered with the EU, Netanyahu has swifted eastward to strengthening ties with India and China. Israel and China continue to deepen their economic ties. As its population has concentrated in dense urban centers, China has looked to Israel for technologies “preventing desertification, refining water desalination, [and] improving their agricultural capacities.” Ohad Cohen, head of the Israeli Foreign Trade Administration noted that “bilateral trade with China has skyrocketed almost 200x in the past decade.” Trade is set to double in upcoming years.

However, economics are not politics as Chinese President Xi Jinping declared to the Arab League in Cairo at the start of the year that “China supports… the establishment of a Palestinian state with its capital being eastern Jerusalem.” This comes as no surprise; China has long spoken out against Israeli settlements. In 2006, then foreign minister Li Zhaozing in a statement at a UN Security Council Meeting called for Israel to recognize “an independent state of Palestine” [4]. Even though Israel was the first country in the Middle East to recognize the People’s Republic of China following the 1949 Chinese Revolution, China did not open up diplomatic channels with Israel until 1992. Israel is aware of China’s two-faced approach to the region. In 2013, the former Israeli Economy Minister noted that “They never once asked us about the…occupation… the only thing that interests them is Israeli high-tech.” With the rise of regional powers such as China and Russia with ever increasing interest in the Middle East, the fate of Israel seems not so certain as ordained by American imagination.