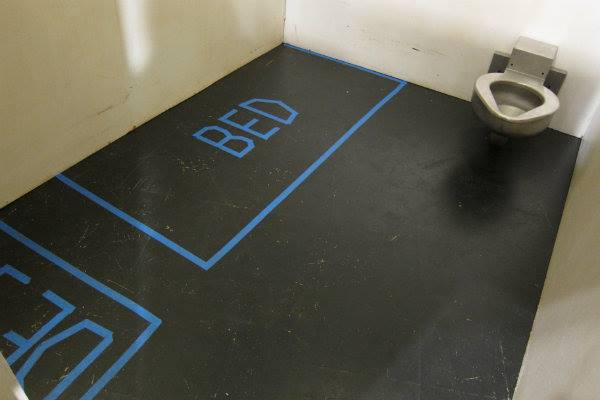 In May 2010, a sixteen year old boy was arrested and held in solitary confinement  for two years as he awaited trial. Kalief Browder allegedly stole a backpack, and paid for it by sitting alone in a dark room for twenty three hours a day. It is impossible for anyone who hasn’t experienced this to imagine such horrors. However, it isn’t difficult to see their consequences. After being released, enrolling in community college, maintaining a solid GPA, and writing a surprisingly emotionally-detached research paper on solitary confinement itself, Browder took his own life in June 2015. The demons that Browder wrote about in his paper left a permanent mark, and this is the sad truth for far too many prisoners in America.

“Innocent until proven guilty” is a phrase commonly associated with the American justice system. As wonderful as this concept sounds, it is almost meaningless in cases such as Browder’s. By all definitions, Browder was deemed innocent—his case didn’t even make it to trial. Solitary confinement in this scenario was sadistic and contradictory to the values that American courts supposedly stand for. No justice system should be oriented towards driving prisoners insane—and yet, this is exactly what solitary confinement does.

Scientific studies have demonstrated this for over a century. Anxiety and hallucinations are an incredibly common effect of such treatment. In an interview with Time Magazine, the Wright Institute’s Terry Kupers argued that solitary confinement deprived prisoners of two essential traits of a healthy life: social interaction and meaningful activity. In the same article, Stuart Grassian of the Harvard Medical School described a “stupor” that takes over such prisoners—one that dulls the mind and works to destroy an individual’s ability to mentally stimulate his or herself. Both anecdotes and statistics attest to this: those in solitary confinement only make up about five percent of the prison population, but they are responsible for about fifty percent of all prison suicides.

While Browder’s case generated a great deal of publicity, there is much work to be done for the rest of the population. Moves have been made on behalf of solitary confinement prisoners in particular pockets of the country. For example, 2012’s Ashker v. Governor of California was a successful case against the cruel treatment of prisoners in California’s Pelican Bay State Prison. The case, combined with an organized hunger strike by the prisoners, did lead to some improvement in general conditions. However, the problem is not close to being completely addressed, and America can’t rely on prisoners starving themselves for change to occur. Fortunately, Supreme Court Justice Anthony Kennedy has an opportunity to make major positive change.

Virginia’s Alfredo Prieto had been on death row for seven years. His crimes included a series of heinous rapes and murders. As deserving as he may have been of punishment, Prieto spent an unnecessary seven years in solitary confinement, a terrifyingly cruel treatment. Citing studies about insanity from the late nineteenth century all the way to Browder’s suicide, Kennedy’s discussion was an invitation for the Supreme Court to declare solitary confinement unconstitutional. Prieto’s case presented Kennedy with the perfect opportunity to make a judgment on the practice. Presumably, the Supreme Court’s weapon of choice would be to cite the eighth amendment’s outlawing of “cruel or unusual punishments.”

However, there have and will continue to be some bumps on the way. On October 1 of this year, Prieto was executed with this case pending. Another inmate named Mark Eric Lawlor, who waged a similar battle in Virginia, plans to continue keeping the case and its cause alive. The Supreme Court has until October 9 to decide exactly what to do about the situation—it should continue focusing on the practice and its inhumanity, as Kennedy first attempted.

The simple fact is that no society has anything to gain from solitary confinement, and the international community is starting to realize this. In recent years, the United Nations has moved towards categorizing long term solitary confinement as “cruel, inhumane or degrading punishment.” Such acts are prohibited in a wide array of official UN documents, including the 1949 UN Declaration of Human Rights and the International Covenant on Civil and Political Rights.  In the United Kingdom, a 2014 study by Oxford’s Sharen Shalev claimed that there were only four truly segregated prisoners in the country. While this statistic may be conservative (estimates have ranged from four to five hundred), a 2015 Yale Law School publication estimated that there are approximately 80,000 to 100,000 of such prisoners in America.

The message is clear—America has a problem. Solitary confinement is fundamentally cruel, and Justice Kennedy should use his influence to make America’s justice system catch up to global standards.