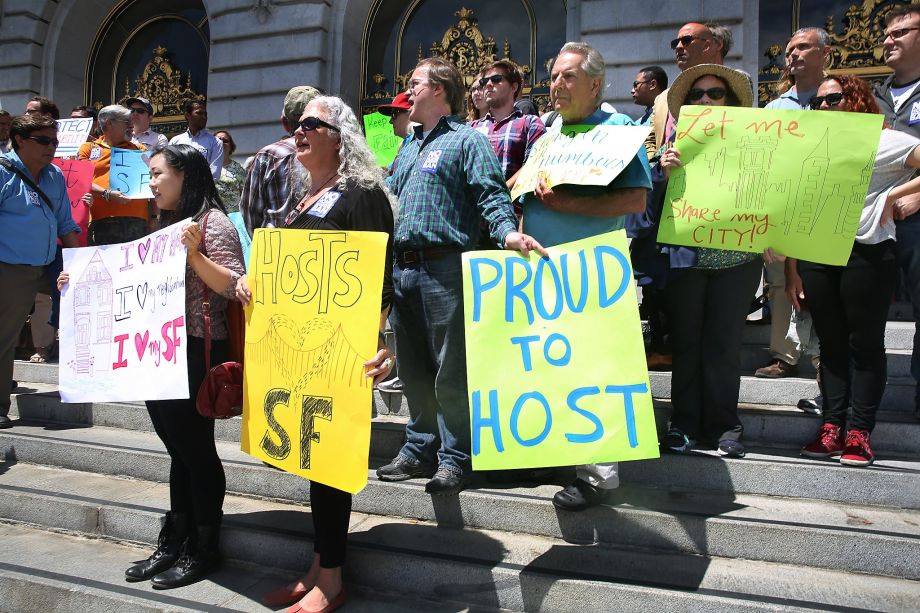 Sharing Is Not Always Caring: The Other Side Of The Sharing Economy

“I Airbnb-ed the place. It was pretty cheap.”

Statements of this sort are becoming increasingly prevalent in the modern app-driven world. Transportation and housing, as well as lesser expected sectors like that of laundry and sailboats have become internet-based, and disruptive. Apps have expedited the process of securing transportation or even temporary housing, culminating in the formation of what market analysts are calling “the sharing economy.”

Nowhere is the sharing economy more prevalent than in San Francisco, the base of many tech startups. But it is also in San Francisco that these companies face the heaviest opposition. Recently, popular app-based services such as Uber, Lyft, and Airbnb came under fire from a broad coalition of San Francisco residents, business and property owners, and lawmakers, which decried that these services mitigated the business activity and revenue generation of municipal services and established local businesses. Furthermore, critics assert that the success of these services is based on, according to The Guardian, “evading regulations and breaking the law.”

San Francisco’s policymakers addressed residents’ concerns by promising to curb the app services’ practices, which enable hosts to keep all revenue without reporting it. These subversive actions, according to the city’s Office of Economic Analysis, have cost San Francisco $250,000 to $300,000 in annual rental revenue, even after tourist spending and hotel tax are factored in. The promise came in the form of Proposition F, which appeared on San Francisco’s November 2015 ballot, aimed to augment pre-existing regulation regarding private home-rentals by requiring renters to pay standard hotel rates, among other measures.

The opposing sides went to work. The hotel workers’ unions and other groups in favor of the measure were pitted against the gargantuan, $25 billion-valued Airbnb. On November 2, 2015, San Francisco residents took action, not through voter mobilization, but in the form of protest by storming Airbnb’s headquarters in the South of Market neighborhood. Evictions, displacement, and homelessness were among the common issues the protesters accused Airbnb of perpetuating.

But the protesters were left disappointed when, the next day, the bill failed at the ballot. For Airbnb, this news provided momentary relief after an excruciating conflict in which it injected over $8 million to defeat the measure. Yet, Proposition F is only an indicator of what will inevitably come.

Though Proposition F failed, its aims have brought to question the status and power of Silicon Valley firms. Aside from the continuous influx of wealth sustaining the region, many argue that the industry’s prevalence have left ugly traces on the Bay Area and its residents, especially in the form of unprecedented gentrification. Many argue that tech corporations are abusing San Francisco’s business-friendly climate, such as fellow tech giant Uber and its unwillingness to subsidize its drivers. Uber finds itself at a crossroads, wherein it must choose between maximizing costs by not providing its drivers with employment status and all the benefits that entails, or risk subverting labor regulations.

Surprisingly—but perhaps predictably—opponents of Proposition F found an ally among the Republican electorate and GOP-affiliated groups, including the San Francisco Republican Party and the Log Cabin Republicans. The fact should not come as a surprise since the party’s neoliberal economic stance could offer more prioritization of the sector’s financial interests. Republican presidential candidate Jeb Bush’s much-publicized visit to a San Francisco tech startup—via an Uber ride—in July signified the GOP’s courting of Silicon Valley. While many industry leaders have aligned and continue to align with Democrats, the Republican Party’s dedication to the tech companies’ interests may likely result in an increased GOP presence in the sector.

If Republican lawmakers can promise to limit the effects of potential regulatory legislation like that of Proposition F, then Silicon Valley’s political allegiances are subject to realignment, especially if what is at stake is the industry’s fiscal autonomy.