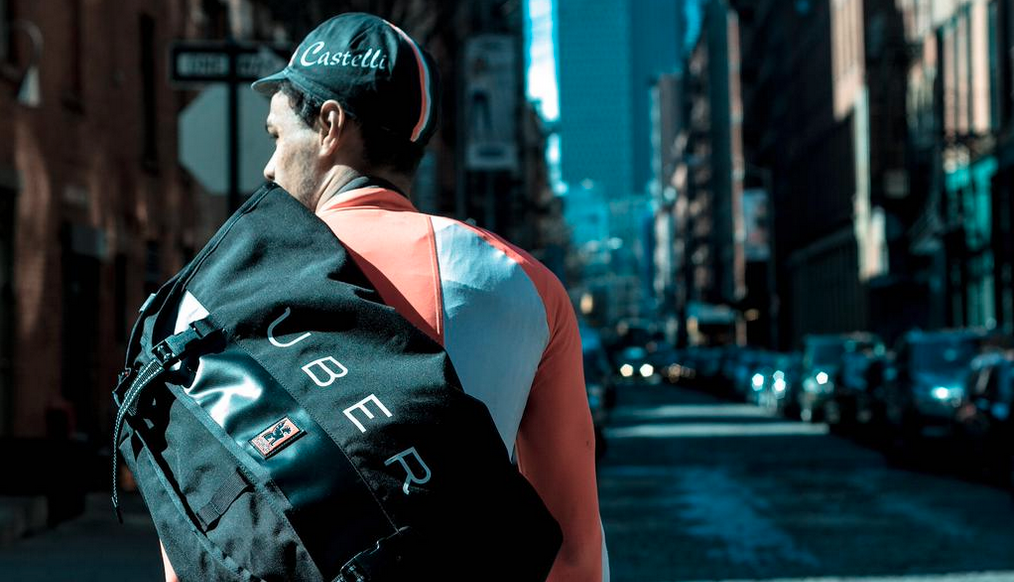 “There’s An App For That”

On a typical weekday from 4 to 8 p.m., the streets of San Francisco bustle with food delivery cars, each carrying a colorful trademark of an on-demand food delivery business. A red flag means Spoonrocket. A large M means Munchery. A green leaf means Sprig. These cars carry chef-prepared gourmet food, delivered on-demand to the doorsteps of San Francisco’s wealthy techies.

The city of San Francisco fosters a culture of intense drive, fierce competition, and fast-paced entrepreneurship. In order for a business to stay afloat in San Francisco, it must conduct constant reevaluations, improvements, and research, all of which requires and exploits the best of human capital. In a city that sprouts new businesses every week, a startup company can lose its competitive edge in a blink of an eye.

Therefore, for San Francisco’s ambitious and enterprising professionals, time has become an extremely valuable asset. Every second has a purpose, and every action must work towards an overall end goal. Spoonrocket, Munchery, Sprig, GrubHub, and many other food delivery businesses have targeted this exact aspect of busy urban dwellers’ lives; save time, remove the hassle of getting out of your apartment, and be fed good food—all for a fixed price. According to GrubHub’s advertisements, it’s “[e]verything great about eating, combined with everything great about not talking to people.”

The modern millennials have jumped at this idea of on-demand services. For San Francisco’s consumer market of professionals with a lot of spare cash and not a lot of time, providing middleman convenience has become a highly profitable industry. Not having to run errands or do house chores saves time and hassle—a convenience that is worth its monetary price, at least to these individuals.

San Francisco’s on-demand economy now involves a wide variety of services that take care of different domestic chores. Washio will do and deliver laundry. Handybook, which recently rebranded as Handy, will arrange and book home cleanings. Forget MUNI, Uber and Lyft will provide on-demand pseudo-taxi services to every single corner of the city. If shampoo runs out, Postmates will buy a new one and deliver it. Instacart will do the grocery shopping and deliver the goodies. For a price, everything can be done with just a few swipes.

People call this “efficient outsourcing.” If someone else can do a specific task for cheaper, utilizing their labor for that task yields higher overall efficiency. Ever since the industrial revolution, outsourcing has been critical for business success.

“[O]rganizations […] select outsourcing more on the basis of who can deliver more effective results for a specific function than on whether the function is core or commodity,” says Robert Handfield, the Professor of Supply Chain Management at the North Carolina State University’s Poole College of Management. For a firm, ownership of ancillary services—such as human resources, data analytics, accounting, among others—isn’t important when it can utilize external sources to get the job done cheaper and better.

Handfield calls these ancillary services “good housekeeping.” San Francisco’s startups have taken this to a literal level—if a firm can outsource its housekeeping tasks, why can’t individuals do the same? In purely economic terms, this has become an amazing concept that sells. Thus, an entire industry was born, comprised of countless startups that dedicate their businesses to making the everyday life easier, faster, and more convenient. To people who can afford their services, these companies have successfully eradicated an era of domestic work.

For fresh graduates entering the workforce in San Francisco, these services are a preexisting norm. Going grocery shopping and attempting to cook an edible meal, cleaning the apartment, or figuring out public transportation routes are no longer necessary stepping stones into independence and adulthood. The combination of these services has come to play the role of a pseudo-maid, an invisible personal assistant that takes care of all the grunt work in the household before the money-making professional returns home after a long day of work.

Matt, a twenty-four year old technology consultant living in San Francisco, confirms this notion. “My schedule is really demanding, and I frankly don’t have the time or the energy to cook my own food or clean my apartment,” he says. “I mean I could, but why add the unnecessary stress? It’s not like I pay absurd prices—they’re relatively affordable, and worth it, to people like me.”

As the price of convenience gets cheaper, a sense of self-sufficiency is eroding for more people. Not doing household chores has become a matter of guilt-free efficiency, not laziness. Time management and a work-life balance have become unnecessary to the lives of the modern professionals, allowing them to work longer and more industrious hours without the burden of non-work related responsibilities.

Nevertheless, this very ability to “outsource” domestic work remains a privilege of the upper-middle class. Working long and arduous hours have long been an integral lifestyle of the lower and working class; however, paying for convenience was never an option for those workers, simply because they couldn’t afford it. Two decades ago, working class families cleaned their own houses while the upper class families employed maid service; now, the working class continues to do the same, while the upper class individuals use Handy and Alfred.

To an extent, the amount of household chores done by an individual reflects upon his or her sense of responsibility, independence, and self-reliance. Parents don’t allot chores to their children to outsource their tasks for greater efficiency; they do in order to instill those values. For young adults that grew up without this training, living alone for the first time often forces them to cultivate a sense of self-sufficiency. Traditionally, that change has served as a point of transition from adolescence to adulthood.

However, today’s drive for efficiency and convenience has come to carry a greater cost than its monetary price: the compromise of an individual’s sense of self-sufficiency and independence.

As the price of convenience gets cheaper, that point of transition has been getting pushed back further and further. Laurence Steinberg, a professor of psychology at Temple University specializing in child and adolescent psychological development, defines adolescence as “the stage of development that begins with puberty and ends with economic and social independence.” For the city’s young techies, economic independence is easily achieved; however, the emergence of on-demand online services has fostered a sense of prolonged social dependency.

Overreliance on technology prevents these individuals from obtaining the pragmatic wisdom of life that can only come from experience. If, for whatever reason, the on-demand services ceased to exist, they will inevitably see their lives disintegrate from the most unexpected places. From scratch, they will have to learn to separate food scraps from garbage, set aside a time for laundry, replace the toilet paper, and periodically clean the inside of the microwave—because, until then, it will have been as if mom had never left, maintaining the little seams of life that they never knew existed.

This phenomenon falls under a larger social trend called “extended adolescence.” Due to the rise of technology that has created constant interconnectedness and convenience, the sense of urgency to achieve independence is diminishing among the millennials. In San Francisco, the sense of a self-sustaining individual—in non-monetary terms—is becoming lost in a restless drive for success and financial prosperity.

A certain degree of interdependency and outsourcing is good for the economy. However, the severity of dependence has begun to compromise the sense of an individual. Ten years ago, the work-life balance was a necessary part of a functioning human existence; now, work has become its singular focus. Nevertheless, technology is here to stay; therefore, today’s millennials must strive to be conscious consumers of the on-demand service market, in order to not let it become a crutch that compromises life.