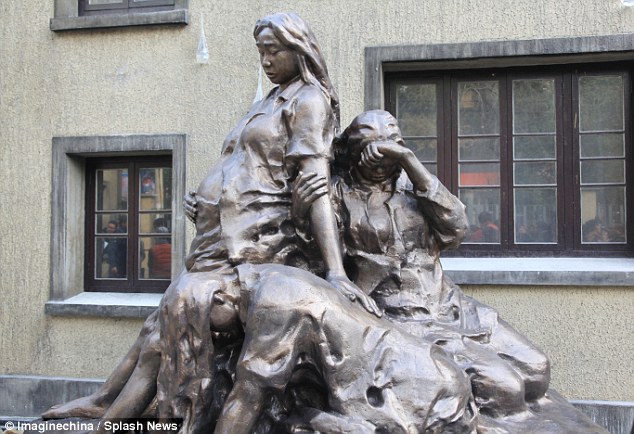 Political apologies are flawed, especially from the perspective of comfort women.

About 20,000 women and girls were taken against their will to “comfort stations” throughout East Asia to provide sexual service to Japanese troops before and during WWII. The sacrifice of these “comfort women” were not formally recognized until fifty years after the war: the Kono Statement, adopted by the Japanese government in 1993, finally provided an eloquent political apology. Nevertheless, the gestures of Japanese government thereafter were disappointingly insincere. Right-wing politicians in Japan have further undermined the sacrifice of comfort women by casting skepticism over the use of force in their abduction. Today, less than a hundred comfort women survivors remain alive. South Korea and China, home to the majority of comfort women, are exerting political pressures for an updated, sincere apology from Japan. It is up to the Japanese government to make the correct decision and grant one.

Japan’s previous apologies were insincere and therefore unacceptable. The Kono Statement in 1993 delivered Japan’s first apology to comfort women predominantly from the Korean Peninsula. Although promising monetary compensations, the Japanese government avoided official reparations by setting up the Asian Women’s Fund, which takes in charity funds from private contributions and then allocates them to victims in South Korea. Many South Korean survivors have rejected this offer due to its insincerity, and their Chinese counterparts received neither acknowledgement nor reparations from the Japanese government at all. On literary grounds, the Kono Statement was insufficient because it expressed that “in many cases”—not in all cases—these comfort women were recruited against their will; it also lacked a narrow definition of the types of forces used in recruiting.

Attempts from right-wing politicians to whitewash Japanese history during imperial aggression worsened Japan’s global image. Japanese Prime Minister Shinzo Abe and Chief Cabinet Secretary Yoshihide Suga have expressed disbelief in the role of the Japanese army in coercing comfort women into sexual slavery. The ruling Liberal Democratic Party, headed by Abe, went as far as calling for a new statement to “restore the honor of those in the past who were inappropriately demeaned and to protect the pride of the Japanese living in the present and future.” These attempts demonstrate the current Japanese government’s preference for nationalistic appeal over historical accuracy. The U.S. Congress, in response, passed House Resolution 121, which demanded a formal, direct apology from Japan and that it should refute any denial over the subject.

The resolution spurred even more unapologetic statements from within Japan. The group, “Society for the Dissemination of Historical Fact,” suspiciously sounding like wartime Japanese propaganda, targets the “dearth of objective logical reasoning” behind the resolution. Instead, they pointed to “historical facts” of commonplace licensed prostitution, higher wage of sexual workers, and Japanese efforts to protect private citizens. At a first glance, that Japanese military was not involved in abducting women for sexual purposes seems to be supported by evidence. But it takes little effort to realize the misleading methodologies and message behind their research. This is the very group that asserts the complete fabrication of the Nanjing massacre and Japanese aggression during WWII (they claim Japan was simply responding to threats from the U.S.). Their statements, nationalistic at its very best, can be dismissed as deceitful comments from an extreme right-leaning group within Japan.

While the scenario above is not widespread, it demonstrated opposition from domestic Japan to update an apology for comfort women. Prime Minister Abe’s WWII speech this year was expected to make a difference. After all, this is the seventieth year anniversary marking the end of the war, this is an era about women’s rights, and this is possibly the last chance for surviving comfort women to witness an apology. But Abe offered none. Besides repeating previous standpoints, Abe added only the following about women in war: “We must never forget that there were women behind the battlefields whose honour and dignity were severely injured.” China’s state-run news agency Xinhua criticized the speech as “attempting to please his right-wing base on the one hand and avoid further damage in Japan’s ties with its neighbors on the other.” As it turned out, Abe’s speech was simply a showcase of rhetoric twists and careful diction, providing nothing but vague promises and ideological confrontation to reality.

But time is running out. The UN human rights panel urged Japan last year to reinvestigate and issue an apology before it was too late. Eight comfort women survivors have died this year and the rest are in their final years. The horrific story of comfort women is so much intertwined with Japan’s imperial past that only a formal recognition of the historical status of comfort women, acknowledging the lingering resentment, could demonstrate Japan’s willingness to reflect on its history.

Abe has got a point when he said Japan could not let its children and grandchildren “who have nothing to do with that war” be predestined to apologize. But the current Japanese government is not one of these categories. The real issue today is simply the Japanese government’s attitude. To its neighboring states, Japan is notoriously famous for unapologetic gestures when it comes to World War II, in comparison to Germany’s commitment to reflect and educate its citizens about the country’s unforgettable past. Japan will be more respectable when it is brave enough to scrutinize its history and, regardless of operational costs and unfolding wounds, learns from it the important lessons for progress. The current Japanese leaders have not done so. An immediate, formal apology to comfort women is just the step to start.