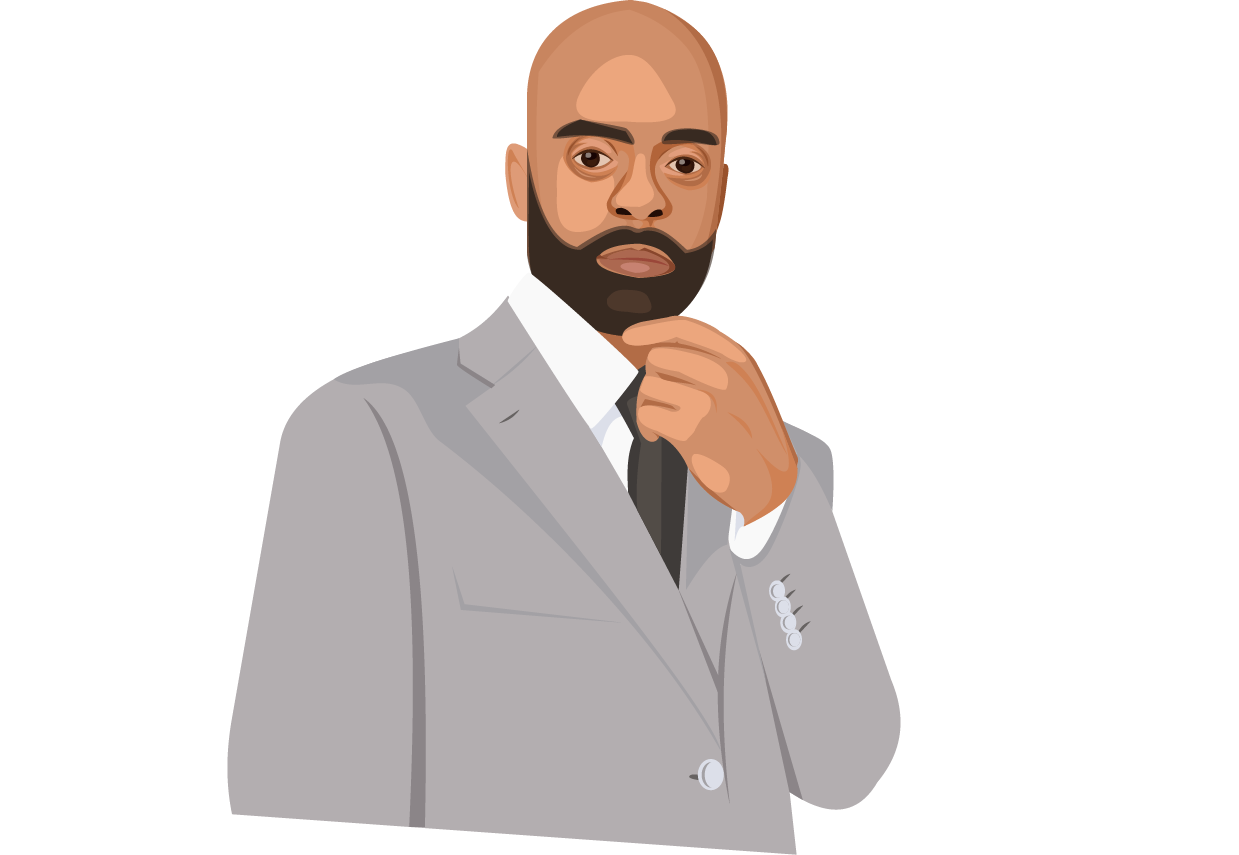 The Crack in Voting Equality

“Freeway” Rick Ross, the first distributor of crack cocaine in the US

“We never called it crack, that was what the government named it,” says “Freeway” Rick Ross, the man largely credited with the introduction of crack cocaine to the US, “I think that they gave it the name crack to sensationalize the danger of it.”

Crack cocaine was the sensation of the 1980’s, just as powder cocaine had been the sensation of the early 1900’s. In both cases, the push for stringent sentencing laws was associated with high African American use of the drug. The racially prejudiced character of cocaine sentencing laws can be traced back as far as 1914, but its ramifications manifest in disproportionate incarceration and voting inequality today.

In the early 1900’s, cocaine was widely popular among all groups and social classes in the US; it was an ingredient in Coca-Cola and praised as a “cure-all” tonic. As the adverse health effects of cocaine grew clearer, its connotations changed. In 1914, the New York Times published an article entitled “Negro Cocaine Fiends are a New Southern Menace,” which presented a new threat to the nation, claiming that black men who use cocaine resisted “Bullets fired into vital parts that would drop a sane man in his tracks.” The slew of articles published on this topic “were in part motivated by a desire to persuade Southern members of Congress to support the proposed Harrison Narcotics Act.” In a testimony to Congress in support of this act, Dr. Koch of the Pennsylvania Board of Pharmacy said that “most of the attacks upon White women of the South are the direct result of the ‘cocaine-crazed’ Negro brain.” Passed later in 1914, this racially steeped act made the trade of cocaine illegal except for under medical circumstances. In 1922, the Jones-Miller Act made cocaine possession a federal offense and instituted the 5 year minimum sentence that endured until 2010.

Cocaine use decreased significantly after its prohibition but reemerged in the 1970’s, presented as the harmless sister of heroin. In 1982, there were an estimated 10.4 million cocaine users in the US, predominantly white Americans, who were willing to pay up to $150 per gram. Amid the rise of cocaine, “Freeway” Rick Ross, the largest African American cocaine distributor in LA, suddenly began to sell a new product, “crack.” Crack cocaine’s popularity stemmed from its inexpensive production and its short but very intense high, which led to a high potential for addictiveness and abuse. Because it was so cheap, it riddled low-income neighborhoods and inner city areas, most of them heavily African American.

Fear of crack spread throughout the US. The crack epidemic led to the rise of inner city gangs, characterized by violence and crime. In 1986, 83% of nondrug felony arrests showed signs of cocaine use, far higher than in 1984, before the proliferation of crack. There was also a critical fear of the impact of crack cocaine on young people, who were seen as more prone to addiction. A single article started the rampant fear and media obsession over the so-called “crack baby,” a baby born addicted to cocaine because of the mother’s usage during pregnancy.

The 1986 Anti-Drug Abuse Act was a reaction to these fears. It initiated the first legislative distinction between cocaine and crack cocaine despite their pharmacological sameness. It created a 100:1 sentencing ratio that existed until 2010. A person caught with 50 grams of crack cocaine would face the same penalty as a person caught with 5 kilograms of powder cocaine. Two years later, the 1988 Anti-Drug Abuse Act made crack cocaine the only drug with a mandatory minimum sentence of 5 years for a simple possession charge of over 5 grams of crack cocaine. According to Congress, “the correlation between crack cocaine use and the commission of other serious crimes was considered greater than that with other drugs.” This connection is indisputable; the US Sentencing Commission showed that from 2008 to 2009, 29% of cases involving crack cocaine involved a weapon, in contrast to 16% of cocaine powder cases. However, there is an entirely different set of sentences for cocaine-related cases that involve bodily injury or death; therefore this argument does not apply to nonviolent sentences. Drug abuse in itself is a nonviolent and victimless crime, and treating nonviolent crack offenders differently than nonviolent cocaine offenders reveals race and class discrimination.

The 2010 Fair Sentencing Act reduced the sentencing ratio to approximately 18:1 and removed the 1988 minimum sentence for simple possession of 5 grams of crack cocaine. However, current laws still enforce a socioeconomic sentencing disparity, which doubly targets racial minorities. An NYU study using data from 2009 to 2012 shows that “Since black individuals in the US are so much more likely to live in poverty, disproportionate numbers have been incarcerated for crack offenses, while more educated and affluent individuals are less likely to be subject to legal consequences for powder cocaine use.” Dr. Palamar, a researcher in the study, summarized that “The sentencing laws appear to unfairly target the poor, with blacks ultimately experiencing high incarceration rates as a result.” Blacks constitute 13% of the US population. However, according to the NAACP, “In 2002, blacks constituted more than 80% of the people sentenced under the federal crack cocaine laws.” Moreover, blacks are likely to receive a higher sentence than a comparable white drug user.

Professor Barbara A. Barnes of the University of California, Berkeley said, “The mass incarceration that has grown out of these really strict drug-related sentencing guidelines, has created in essence a new Jim Crow, a new kind of segregation.” She describes mass incarceration as “a huge disenfranchisement of poor black and brown people, where in so many places in the nation, those people are basically taken out of the civil population and can’t participate in the nation in any real fashion.”

The disproportionate incarceration of black Americans results in a loss of black political influence. When a person enters the prison system, they lose their right to vote for the time of their sentence. If they become a felon, as they would through cocaine or crack cocaine charges, this right is permanently suspended. For a nonviolent crime, such as crack cocaine possession, the US government erases all political influence a person holds. Combined with the US’s racially unequal sentencing, this removes voting power from black Americans, thus rewarding more relative voting power to whites. In Florida, the state with the highest percentage of felons, 10.42% of the voting age population cannot vote due to a felony. However, only looking at the African American population of Florida, this figure becomes 23.32%. Nearly one out of five African Americans in Florida is disenfranchised, caused in large part by racial prejudices as a result of legislation. Michelle Alexander sums up, “Today it is perfectly legal to discriminate against criminals in nearly all the ways it was once legal to discriminate against African-Americans. Once you’re labeled a felon, the old forms of discrimination, employment discrimination, housing discrimination, denial of the right to vote, exclusion from jury service are suddenly legal.”

Further, the US Census does not count prisoners as residents of their homes for legislative districting purposes, instead they are counted as residents of their prison cells. Because prisons in most parts of the country are built in predominantly white areas, this tabulation method inflates the legislative power of largely white districts at the expense of our prisoners, primarily black Americans.

A 1,243% increase in population with a 0% increase in representation – sounds statistically impossible, but that is currently the paradigm African Americans face in Lawrence County, Illinois. The Lawrence Correctional Center opened in 2001 and now holds approximately 2,358 inmates, more than 1,400 of which are black. The demographics of eligible voters have not changed, but their voting power has. The 49 non-prisoner residents of the county board district near the prison have almost fifty times as much political influence as the residents in the other districts. The non-prisoner residents in the district near Lawrence County Correctional Center are 97% white. The prison population in this district is majority black, and about 60% of prisoners come from Chicago. Because most arrests and incarcerations occur in inner city areas, prison gerrymandering relocates voting power “from high-poverty, primarily black neighborhoods to white districts across the state.” In 2008, “The Prison Policy Initiative found 21 counties across the country where at least one in five people, according to the Census Bureau’s count, were actually inmates from another county.”

In many places, lawmakers are choosing to ignore Census data in their redistricting policies in order to retain equal representation. A city council district of Jones County, Iowa, houses Iowa’s largest penitentiary, with 1,300 inmates. This leaves 58 non-prisoners, who had about 25 times as much voting power as residents of other districts. This resulted in a city councilman being elected into office in 2008 with a mere two votes, one from his wife and the other from his neighbor. However, this disparity was corrected after 2009. As Professor Nathan Persily of Columbia Law School states, “There’s no reason why a community ought to gain representation because of a large, incarcerated, non-voting population.” States such as New York and Maryland have implemented state-wide policies to correct disproportionate voting  power distribution caused by Census counting practices.

Current US cocaine sentencing laws silence black Americans and those suffering from poverty. There is a history of racial prejudice in cocaine sentencing laws that affects their ability to offer impartial treatment to all Americans. The systemic transfer of power from black Americans to the white majority is not new to the US. However, just as the US moved past explicit racial discrimination, it can move past discrimination by means of the criminal justice system.