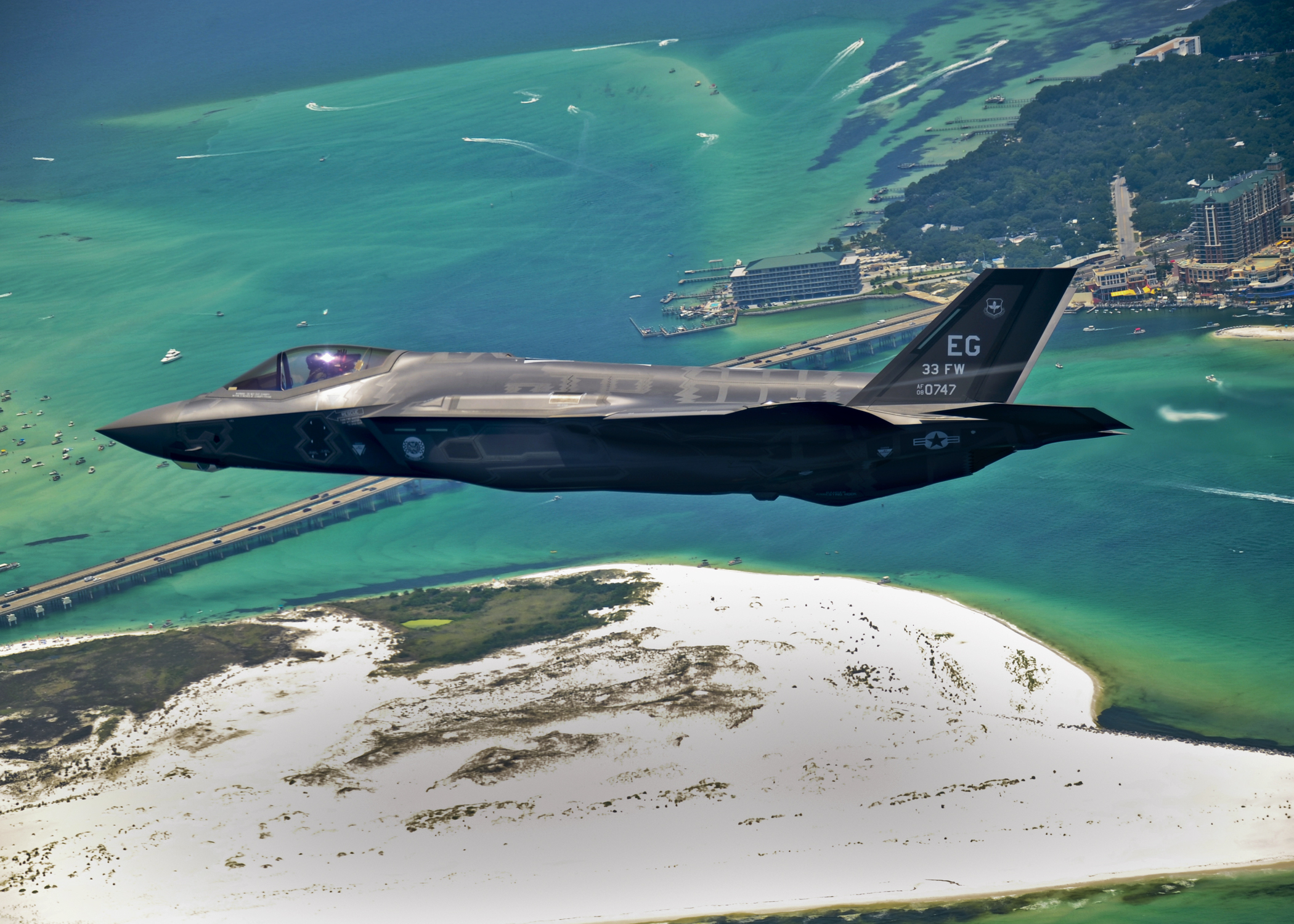 Technology has always been critical to the ability of the US military to project power, and military funds have long propelled American technologies to the cutting edge – GPS, the Internet, self-driving cars, and computers were all initially defense-funded projects.  In the 1950s American nuclear superiority counterbalanced Soviet numerical advantage.  Later, advanced attack helicopters balanced thousands of Soviet tanks, and precision guided munitions gave American air power a significant tactical advantage.  That technological gap is starting to close faster than the Pentagon can widen it.  Pakistan is flying its own drones thanks to Chinese assistance, and there is evidence that at least eight nations – the US, South Africa, France, Nigeria, Britain, Iran, Israel, and China – have placed weapons on unmanned platforms.  The US, Israel, China, and Russia all have powerful cyberwarfare units.  Precision-guided munitions are now widely available.   Despite having the largest military budget in the world, multiple commentators have noted that the US military is losing its technological lead.   In areas where the US either invented or led the development of a field of weaponry, competitors have closed the gap.

At its core, the problem is one of efficiency.  Personnel costs alone make up roughly half the DoD’s approximately $500 billion budget, a problem countries like China don’t have.  But the greatest inefficiencies lie not with the men but with the machines being built and the bureaucracy around their construction.  Between 2001 and 2011, over $46 billion has been spent on defense projects which will never see the light of day.  The major programs moving forward are currently a total of half a trillion dollars over budget and two years late.  Chief among these is the Lockheed Martin F-35 Lightning II.  In August 2015, the US Marine Corp declared the F-35B (the short takeoff/vertical landing variant of the F-35) combat ready after conducting a test aboard the USS Wasp, to a chorus of dissent from the Pentagon.  A memo from the Pentagon’s Director of Operational Test and Evaluation noted that the recent tests of the F-35B “did not – and could not – demonstrate that the Block 2B F-35B is operationally effective or suitable for use in any type of limited combat operation, or that it is ready for real-world operational deployments, given the way the event was structured.”  Unfortunately, the fiasco aboard the Wasp is only the latest in a string of setbacks for the long-delayed and over-budget F-35 program, which aspires to be the most advanced interceptor aircraft in the world and posed to replace most of the US military’s existing combat jets.  Three years behind schedule, $200 billion over budget, and facing numerous questions about their combat capabilities, the planned 2457 F-35s, costing $159 million each, still seem far from being employable in an actual combat scenario.  Further, a series of conflicting requests from the Army, Navy, and Marine Corp has resulted in three separate versions of the fighter (the F-35A, F-35B, and F-35C) which has been blamed for many of the increasing costs.

This isn’t a new problem, and it’s not the first time someone has tried to fix it.  The Pentagon has been in a state of almost constant procurement reform for nearly three decades, with mostly-disappointing results.  There are two key reasons for the continued failures.

The first lies in the process of procurement. Bureaucracy and red tape discourage small-businesses and non-defense firms from even attempting to win government contracts.  Stacked up, the printed procurement regulations stand nearly two feet tall.  An acquisitions expert with the Congressional Research Service recently told the Senate Armed Services Committee that, “if you ever attempt to break Strom Thurmond’s record for continuously holding the floor for the longest period, I’m happy to lend this reading material to you.”  The arcane and opaque procurement procedures used makes for fewer bidders with a more narrow degree of expertise, while less competition leads to higher prices.  This is a particular problem in fast-moving areas such as cybersecurity, where procurement procedures have prevented the military of acquiring the state-of-the-art equipment needed to combat the latest threats.  Earlier this year the Navy renewed a $9 million contract with Microsoft to continue supporting the 14-year-old, now-defunct Windows XP operating system used in some of its systems.  The problem has been so severe that the Defense Business Board recently suggested “zero-basing” all procurement regulations, a practice that essentially involves throwing out the book and requiring regulations to prove they need to stay on the books.

Further exacerbating the problem, the DoD has struggled to attract and retain talented acquisitions staff.  The F-35 has had six program managers since 2001.  Short tenures encourage DoD staff to make short-term decisions and with reduced accountability, while inexperience puts them at a disadvantage compared to their industry counterparts.  Reforming the way DoD shuffles service members between different positions would allow acquisitions staff to become more specialized in their field.  The Defense Department has already made some moves toward reforming its acquisition staff; the Weapon Systems Acquisition Reform Act of 2009, which among other things created several internal positions and requirements specifically to monitor acquisitions and costs, has helped save $23 billion.  Establishing procurement workers as specialists, rather than treating procurement as a rotating position, would likely continue to improve this outcome.

Second, the military refuses to give up on legacy programs (long-standing weapons programs) despite their increasingly questionable value.  Many of these programs are just as costly as they used to be while providing far less bang for each government dollar.  For example, the traditional source of American power projection – the carrier battlegroup – is looking increasingly vulnerable to attacks from other militaries.  Carriers have long been central to American air power, most recently in the fight against ISIS.  According to Robert Rubel of the Naval War College, “It has been the habit of American presidents and their advisers in the gamut of crises since World War II to move aircraft carriers around to demonstrate American concern, resolve, or outright anger.”  But while these carriers have been an effective way of projecting American air power all over the world in the past, their effectiveness is increasingly being challenged.  On one hand, such battlegroups are madly expensive; each of the eleven nuclear-powered Nimitz class supercarriers in the US Navy’s arsenal cost $8.5 billion, before they are laden with aircraft, and positions on or supporting carriers account for 46% of all Navy personnel.  Due to their cost and value, such carriers are normally deployed as part of a much larger battlegroup.  However, technological advancements abroad are steadily chipping away at the potential returns of the carrier; China in particular is focusing on area denial methods to limit the effectiveness of American air power.  “Carrier-killer” missiles, stealth submarines, and cyberweapons are all designed to make it impossible for American carriers and other weapons systems to project power.

Yet the Navy, along with the Pentagon in general, has had trouble responding by shifting resources to more useful weapon systems.  A number of factors contribute to this slow shift, including existing contracts, entrenched contractors, fear of losing expert workers, and a cultural dislike of giving up the existing hardware.  Many of these systems may not be tested for some time (or ever), such as carriers; it is difficult to convince the establishment of a shifting strategic paradigm without seeing existing systems actively fail in combat.  But with an increasingly shrinking defense budget, these large legacy programs are draining funds away from the R&D needed to realize the next generation of weapons.  Drone programs, for example, are expected to see R&D cash fall to $1.03 billion by 2017, down nearly half from the $1.99 billion requested in 2013.  The Pentagon’s inability to shift development as threats change will increasingly hamstring US military capabilities.

Fixing Pentagon procurement is no easy task, one that has been attempted many times before with fairly little to show for it.  Some relatively-successful past efforts have failed to be institutionalized; others have simply succeeded in bolting on more regulation.  As the Weapon Systems Acquisition Reform Act of 2009 demonstrates, however, reform can be effective. As a single-buyer with a close relationship to its suppliers, the Pentagon will always face unique-procurement challenges; the defense industry will never be a truly “free market.”  But the failure to efficiently utilize funds is impacting American military effectiveness.  Without streamlining procurement procedures, shifting development priorities, and engaging new sources of innovation, the Pentagon, and America, will continue to fall behind.