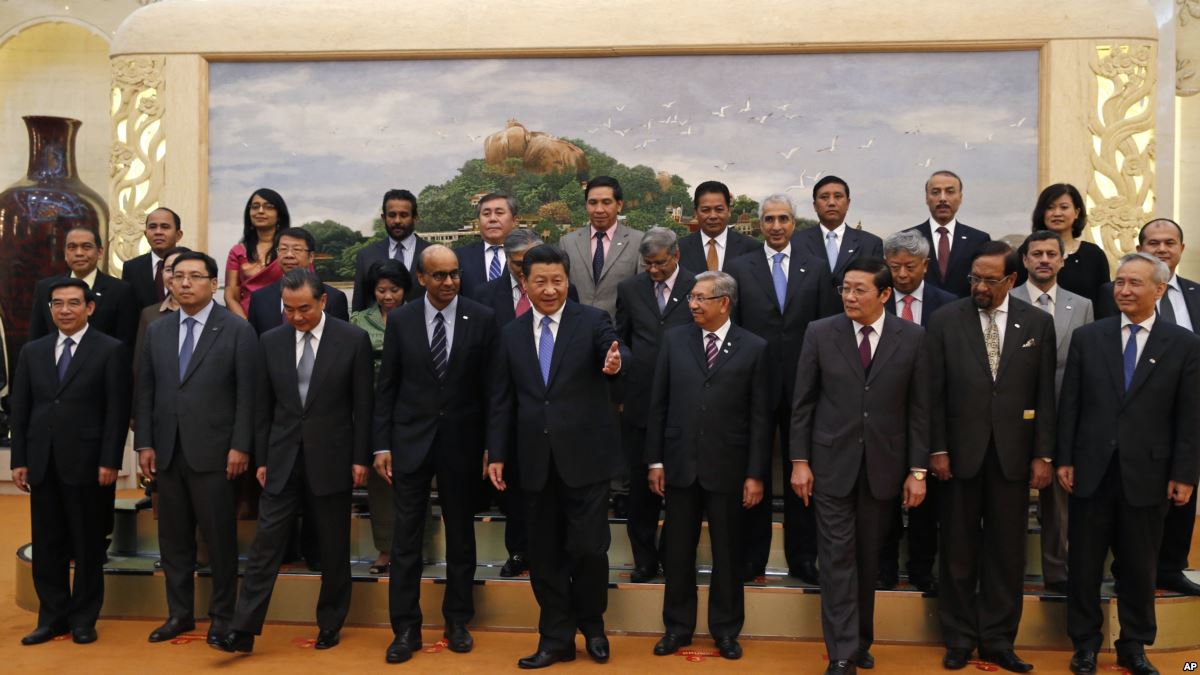 According to the International Monetary Foundation (IMF), the economies of the Asia-Pacific region are growing rapidly, and are expected to account for almost half of global GDP by 2030. However, sustainable, long-term economic growth requires a sound infrastructure network to facilitate the transportation of ideas and goods in the increasingly connected global economy, yet the state of infrastructure in developing Asia-Pacific nations is fragile at best. Biswa N. Bhattacharyay, an official at the Asian Development Bank (ADB), has estimated that in order to establish critically needed infrastructure projects and maintain existing ones, developing Asian nations will need to invest $8 trillion USD between 2010 to 2020. The vast majority of this total investment is needed to develop energy and transportation infrastructure. Additionally, According to Martin Wachs, professor emeritus of transportation planning and policy at the University of California, Berkeley, “In… underdeveloped countries, infrastructure investments have enormously important returns over time,” as they foster short-term economic growth by creating jobs and long-term growth by attracting international investors.

However, the U.S. dominated World Bank and the Japanese led ADB have been mired in bureaucracy and have been unable to provide the infrastructure investment developing Asia-Pacific nations need. In 2013, the ADB only lent $21 billion in total, while the World Bank committed $52.6 billion in loans, much lower than the $750 billion needed per year. Additionally, the recent global financial crisis has also resulted in the World Bank’s lending being reduced to half of what it was before 2008, with infrastructure investments having dropped to one-third of pre-crisis levels. Clearly, existing multilateral development banks do not have the resources or the will to finance costly Asian infrastructure projects.

Consequently, U.S. reluctance to support the development of the AIIB can best be understood in terms of the political and economic implications a Chinese backed infrastructure bank would have. U.S. officials, including representatives from the U.S. Treasury, have openly criticized the AIIB as a “deliberate effort to undercut the World Bank and the ADB.” Scholars such as Matthew Goodman at the Center for Strategic and International Studies in Washington DC have also claimed that the development of the AIIB “represent[s] the first institutional challenge to the global economic order.” The current “global economic order” is primarily run by institutions such as the World Bank and the IMF that were established following the Bretton Woods conference in 1944, which are almost exclusively led by extensively industrialized nations. The ADB was established in the 1960’s by Japan with U.S. support, and both the World Bank and ADB have been historically reticent towards expanding power to developing nations. For example, in 2010, the World Bank finally agreed to increase China’s voting share from 2.8% to 4.2% after years of Chinese lobbying. Despite the fact that China is the second largest economy in the world and is the most populous nation, Japan’s voting share in the World Bank remained at 6.8% and the U.S.’s at 15.8%. Although the AIIB is meant to be a regional bank, the economic potential of developing Asian nations is immense and can limit the scope and influence of established institutions.

U.S. criticism of the AIIB also centers around technical and geopolitical arguments. One key issue of the AIIB promoted by U.S. officials is the belief that the AIIB would not adhere to the environmental standards and “sound” fiscal policies of established institutions such as the World Bank and ADB. These fiscal policies are characterized by strict austerity policies forced upon nations that request loans so that developing nations can theoretically avoid long-term debt. Additionally, U.S. officials believe that the formulation of the AIIB is a strategic move by China to pull Asian nations into its sphere of influence via promises of future economic growth. Given the shortage of funding for the World Bank and the ADB, if China were to provide infrastructure investments and loans to developing nations, it could depict itself as an altruistic neighbor and potentially provide opportunities for Chinese state supported institutions to exploit the economic dependence of developing nations. One example of this “exploitation” is Chinese investment in Africa, where China has been accused of manipulating the local populace to extract Africa’s rich natural resources.

However, the AIIB is not the threat U.S. officials have made it out to be, as it has the potential to promote long-term economic growth in developing Asian nations. In June 2014, Lou Jiwei, the Chinese Finance Minister, claimed that the AIIB will be a complementary institution to the World Bank and the IMF, as the AIIB’s goal is infrastructure development while the World Bank emphasizes poverty reduction programs. Improved infrastructure itself can alleviate poverty, and thus, cooperation between the AIIB and established financial institutions can greatly assist economic growth in developing nations. Given the sheer magnitude of investment needed to support and develop infrastructure in developing Asian economies, every contribution should be considered with an open mind.

Additionally, China has explicitly declared that participants of the AIIB will have the ability to shape the governance and investments of the bank. Economically developed nations such as Australia and Singapore, if they choose to join, can push for more stringent loan standards once the Bank is established, and the establishment of the AIIB’s headquarters in economically developed Singapore or a Southeast Asian nation could act as a symbolic step meant to demonstrate an equitable distribution of power in the organization. Such safeguards against any possible Chinese domination highlight the lack of safeguards in established institutions such as the U.S. dominated World Bank. It is also in China’s best interest to adhere to established international investment policies, such as careful and competitive reviews of potential investments. Such policies will allow the AIIB to acquire a professional image and obtain high credit ratings from large financial institutions on par with established financial intuitions, but without crippling bureaucracy.

Thus, the development of the AIIB should not exclusively be viewed as some larger geopolitical chess game between two economic behemoths. Undeniably, the AIIB will be utilized to garner goodwill for China and aid Chinese international affairs, yet China’s rise as a superpower is inevitable given its tremendous economic growth in recent years and population. As the second largest economy in the world and with significant monetary savings, China is eager to expand its influence, just as the United States was following WWII. The U.S.’s hostile response to the development of the AIIB can only result in a backlash, as developing nations in critical need of infrastructure investments want money now and not later with strings attached. If the U.S. instead supports the formulation of the AIIB as a means of relieving poverty in developing nations, it will garner goodwill for itself. Though the still nascent AIIB may ultimately be a flop, given the critical gap in Asian infrastructure needs and diminishing loans from institutions such as the World Bank, the development of the AIIB is a logical undertaking that the U.S. would be wise to back.