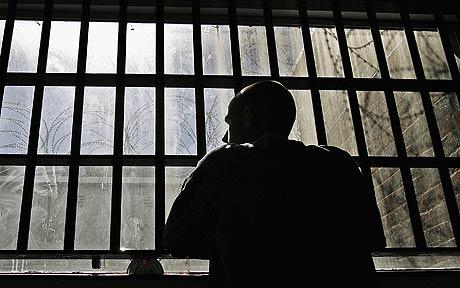 Desperately in need of repairs and renovations, California’s prison system is long overdue for a change. The recent passage of Proposition 47 seems to be the best way to tackle the problem of over-incarceration. Dubbed the “Reduced Penalties for Some Crimes Initiative”, this statewide reform initiative, passed on November 4, 2014, seeks to reclassify non-violent drug and property felonies to misdemeanors and would permit, after “thorough review”, the re-sentencing for prisoners serving time for any reduced felony. Additionally, it would re-allocate funds from the prison system to the Department of Education, the Victim Compensation and Government Claims Board, and the Board of State and Community Correction through the creation of the Safe Neighborhoods and Schools Fund. At a glance, this bill seems to be a necessary and critical step towards prison and justice reform. In light of its passage in the recent California elections, it is essential to consider whether the potential increase of funds for education and rehabilitation outweighs the potential increase in crime as laws becomes more lenient.

According to the California Department of Justice, crime in California had decreased to its lowest level since 1967. This trend has surprisingly been credited to the reduction of state prison populations. Numerous studies show a strong correlation between low prison populations and reduced crime. In recent years, numerous innovative strategies, such as the amendment of the “Three Strikes” Law in 2012 and the policy of realignment in 2011, have been instituted as an attempt to scale back on the increasing problem of overcrowding in prisons. Yet critics argue that these policies, while decreasing the population of state prisons, have caused regional prisons to operate at over-capacity, forcing the premature release or transfer of felons. Because prison space is finite, there is a necessary tradeoff between freeing low profile criminals to accommodate more dangerous felons. As a result, nearly 13,500 inmates are being released each month across all counties.

Proposition 47, then, would act as a supplement to these recent progressive policies. As a preventive measure, it would convert many low-level felonies to misdemeanors, thereby fundamentally moving away from California’s severe punishment model of incarceration for anything between minor property crimes to capital felonies. Previous crimes, such as drug possession and shoplifting, would instead be punished with lesser sentences and monetary fines.

However, prosecutors, corporations, and law enforcement have largely opposed the bill. They believe that releasing even low-risk prisoners is a dangerous move that threatens the safety of communities and undermines the integrity of the justice system. With the potential release of 10,000 criminals, opponents fear that recidivism rates would increase as the deterrence of incarceration is removed and as the criminal justice laws become more lenient. According to Anne Marie Schubert, the district attorney-elect of Sacramento County, the reason why treatment programs targeting criminals are effective is because they are supported by the threat of felony and incarceration. Therefore, with the passage of Prop 47, there would no longer be an incentive for criminals to complete these programs as there is a smaller consequence of ignoring these programs. Further, Proposition 47’s passage would potentially “deplete the pool” for prisoners who qualify for rehabilitation programs in jail. For example, numerous prisons have fire crews that have contributed heavily during California’s fire season. These positions, which save California approximately $80 million, are exclusively reserved for nonviolent prisoners. Consequently, releasing low-level criminals who would have otherwise been qualified to participate in these programs would have a debilitating effect on the personnel necessary to fight fires in the drought–ridden state.

Yet, these ominous warnings have empirically been false. After the amendment of the “Three Strikes” Law in 2012, the recidivism rate in California was a mere 3.4 percent. Comparatively, the national recidivism rate according to the 2014 Bureau of Justice Statistics for released criminals to be rearrested in three years and five years was 67.8% and 76.6% respectively. There is also a strong public consensus shift towards renovating state prison policies. Further, it is interesting to note that currently, prison spending has severely surpassed that of education. Not only does California spend $10 billion a year on incarceration alone, but also since 1980, 22 state prisons have been established, while one University of California campus was built. A progressive step towards debilitating the school-to-prison pipeline, Proposition 47 would shift revenue towards providing education services and treatment programs.

Proposition 47 is not simply another step at reforming California’s antediluvian criminal justice system; rather, it represents a fundamental shift in the public consciousness regarding prison policy. At 59%, the bill passed by a sound majority, and with immediate effects. In San Diego County alone, over 1,000 petitions were filed a mere week after the bill’s passage. In places like Sacramento County, two-dozen inmates were freed days after the proposition was approved. There seems to be no indication that the release of nonviolent criminals and the revision of draconian drug and petty theft policies would result in an increase in crime. Indeed, the success of this bill is perhaps what California desperately needs – more funding for education and less stringent laws against nonviolent prisoners. Perhaps now, lawmakers, criminal justice activists, educators, and the public can now ardently shout in unison – “Eureka”!

Deputy External Editor in Chief for the Berkeley Political Review