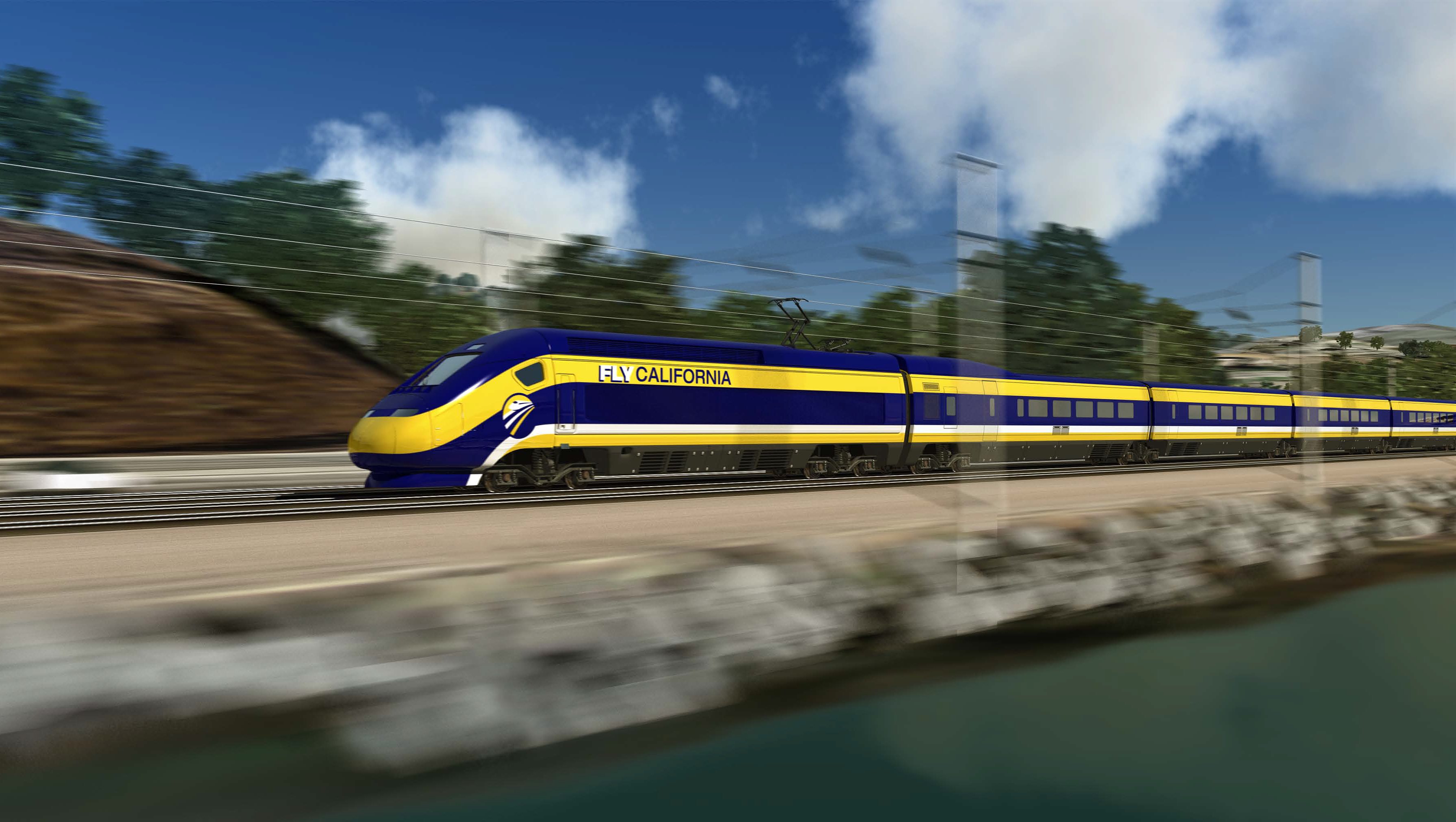 On November 4, 2008, California voters approved Proposition 1A (Safe, Reliable High-Speed Passenger Train Bond Act for the 21st Century), which allocated funds towards a high-speed rail system (HSR). The train is planned to connect San Francisco to the Los Angeles basin, and would eventually extend from Sacramento to San Diego. Yet, skepticism, political gridlock, and a $55 billion funding gap has stalled preliminary construction. As Governor  Jerry Brown runs for an unprecedented fourth term against Rep. challenger Neel Kashkari in the upcoming California gubernatorial election, HSR will move to the forefront of the political agenda. Consequentially, factors including ridership and economic implications must be considered in order to decide whether Jerry Brown’s high-speed rail is truly a feasible transportation solution or simply a derailed pipe dream.

It is clear that transportation infrastructure in California needs to be modernized to accommodate increased congestion and to maintain economic competitiveness. High-speed rail is a potential solution. But like any other big infrastructure project, HSR is not without its naysayers. The main criticism against such a project in California is that it is too expensive. Indeed, it was only recently on July 31, 2014 that a lower court ruling was overturned to allow for the reselling of bonds to help fund the system. While it is true that the current total projected cost of $68 billion is perceived as wasteful spending, it is necessary to consider that expanding other forms of transportation, such as airports and highways, would cost approximately $171 billion. In fact, the implementation of high-speed rail would “lower the number of intercity automobile passengers on highways by up to 70 million annually” and would “cost less than half the amount of expanding freeways and airports to meet future intercity travel demand and would eliminate the need to construct 3000 lane miles of highways, 91 airport gates and five additional airport runways” according to the California High-Speed Rail Authority. Comparatively, then, it seems that an investment in high-speed rail would not only fix the infrastructure issue, but it would also be more cost effective. A shift to HSR would enhance American rail manufacturing, reduce congestion, and mitigate greenhouse gas emissions through faster, greener, and less oil dependent energy.

The creation and expansion of high-speed rail would connect more than 830 miles of transit lines, catalyzing a revitalization of declining communities by linking small towns to economic centers. This linkage would not only spur commercial development, but also result in residential construction and job creation. It is projected that in the Central Valley alone, where the first leg of high-speed rail would be implemented, construction will result in over 160,000 construction-related jobs, which in turn will stimulate the overall United States economy.

In 1956, the Federal Highway Act was passed and allocated more than $30 billion dollars towards the Interstate Highway System. Being the largest public construction project at the time, this legislation stimulated the growth of roadside towns and massively expanded the automobile industry. In effect, the Federal Highway Act of 1956 created the modern suburbia. Similarly, high-speed rail has the potential create new interconnected communities. Proponents of the system assert that data regarding the use of HSR in Japan and Europe prove that there will be a high demand for railroad innovation. Yet with the use of cars and airplanes as primary forms of transportation in California, it is rational to believe that there will be low ridership for HSR. Proponents do not take into account that Europe and Japan have communities centered around trains, while California is largely dependent on a network of highways. As a result, while projected analysis and models are useful to predict cash flows and revenue, it is difficult to decisively determine ridership at this early stage of conception.

A large part of Governor Brown’s platform is premised on the construction and implementation of high-speed rail. Allocation of funds toward the project is not insignificant, and many voters may be opposed to this large increase in taxes and spending. There is no doubt that the benefits of extending lines between small towns and through cities will create new hubs for economic development throughout the state. The nexus question, however, is whether high-speed rail can generate enough ridership to replace and complement traditional modes of transportation, such as automobiles. Regardless, it is clear that the project has the potential to revolutionize the transportation industry and economy of California, and consequently the nation at large.

Deputy External Editor in Chief for the Berkeley Political Review